Universal Pictures said that the 007 movie took a mighty $121 million at the international box office over its opening weekend. 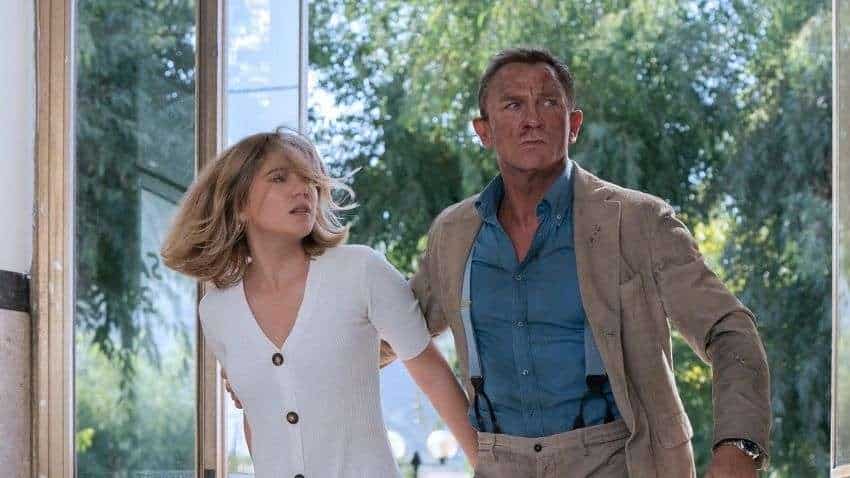 Universal Pictures said that the 007 movie took a mighty $121 million at the international box office over its opening weekend. Source: 007.com

'No Time to Die' Collection Worldwide: After being delayed for a number of times, the latest James Bond film 'No Time to Die' released on September 30, 2021. A Reuters report stated that on Monday, Universal Pictures said that the 007 movie took a mighty $121 million at the international box office over its opening weekend.

'No Time to Die' is the fifth and the final outing of Daniel Craig as James Bond. After portraying the British secret agent for more than a decade, Craig finally hangs up his boots as 'Bond, James Bond'. Daniel Craig first played Ian Fleming created character in 'Casino Royale' which was released in 2006. The latest film was delayed three times due to the COVID-19 pandemic. The film was originally planned to be released in April 2020.

The Reuters report also informed that the British and Irish box office led the way with a total of $35 million, making 'No Time to Die' the biggest movie release there of the coronavirus pandemic. Apart from that, the film also marked the highest opening three-day weekend ever in the UK and Ireland for a Bond movie.

Incidentally, the previous instalment of the Bond film 'Spectre' which was released in 2015, took $9.2 million in its first full day in what Sony had said was the biggest Tuesday ever in movie-going history in Britain, as per a Reuters report.

According to Reuters, Universal said in a statement on Monday that the film grossed $121 million without being shown in China, the world's biggest film market. This is the first Hollywood title in the pandemic to launch to over $100 million without China. 'No Time to Die' opens in China at the end of October.

It must also be noted that 'No Time to Die' has not yet released in USA and is slated to release on October 8, 2021.

As per the official website of James Bond, 007.com, in 'No Time to Die', Bond has left active service and is enjoying a tranquil life in Jamaica. His peace is short-lived when his old friend Felix Leiter from the CIA turns up asking for help. The mission to rescue a kidnapped scientist turns out to be far more treacherous than expected, leading Bond onto the trail of a mysterious villain armed with dangerous new technology.

Lucifer season 6 RELEASING TODAY; see WHEN and WHERE to WATCH in India - Check cast and other details here

'What If...?' episode 5 RELEASING TODAY, see WHERE and WHEN to WATCH in India - Find all details here