Mumbai, Mar 8 (PTI) Actor Parineeti Chopra says boarding Saina Nehwal biopic post Shraddha Kapoor's exit was not a point of concern for her as she was completely engrossed in the process of understanding director Amol Gupte's vision. 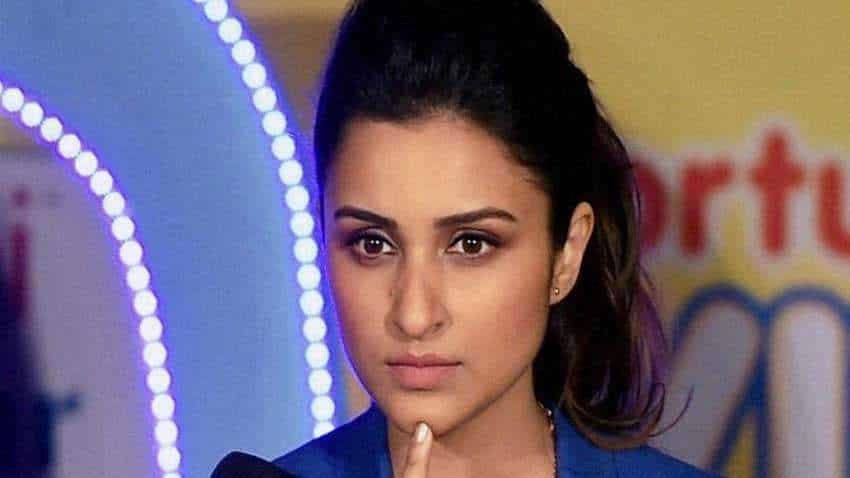 Mumbai, Mar 8 (PTI) Actor Parineeti Chopra says boarding Saina Nehwal biopic post Shraddha Kapoor's exit was not a point of concern for her as she was completely engrossed in the process of understanding director Amol Gupte's vision.

"Saina", written and directed by Gupte, was earlier supposed to be headlined by Kapoor who quit the project due to scheduling conflict.
At the film's trailer launch, when asked if she felt an added pressure to pick up a role that Kapoor had already started preparing for, Chopra said focused only on playing the part to the best of her ability.
"I had only my pressure and that of my director. I wanted to impress him and work hard to learn the sport. I didn't take any external pressure.
"The pressure was me, my coach approving what I'm learning, my director approving what I'm looking like on-screen. There was no other pressure," Chopra told reporters here.
Backed by Bhushan Kumar led T-Series, "Saina" marks the 32-year-old actor's return to the big screen post her 2019 comedy "Jabariya Jodi".
Chopra said though under "immense pressure" to deliver, the team benefitted extensively with the access provided by Nehwal.
"We had full support of Saina. She gave us access to her life. I would call her, video call her and she would answer all my questions. That way pressure management was better.
"I already had the pressure to learn badminton, I couldn't have taken anything else. I would've crumbled and wouldn't have been able to concentrate. Doing 'Saina' is a challenge for me," she added.
Chopra's journey with the movie began two years ago when she heard the narration.
Despite knowing the broad strokes of Nehwal's life and achievements -- from being the first Indian to win two singles gold medals (2010 and 2018) in Commonwealth Games to becoming the poster girl for badminton in the country -- Chopra said the script was a revelation.
"Amol sir spent time with the family and got the real emotions out. What the mother felt when Saina was eating a meal, what the father felt when they didn't have money, what the sister felt when she was training. The behind the scenes of the world class player. That was a winning point for me," she added.
The actor, who was recently seen on the Netflix thriller "The Girl on The Train", said "Saina", her first ever attempt at biopic, aligned with the kind of project she wanted to do.
After featuring in several romantic-comedies, from "Hasee Toh Phasee", "Meri Pyaari Bindu", to "Namaste England", Chopra said she wanted to break the girl-next-door image.
"I was searching for a challenge like this. The films I was doing were pretty much an extension of me and also what writers and directors thought I was. When this film came to my life, I was looking to surprise everyone, do something I'm not known for.
"So a sports biopic of a person who's still in action is exactly the kind of role I would have done, even if it was fiction. Biopic was an added bonus," she added.
"Saina" is set to release theatrically on March 26.