Kunal Kapoor starrer The Empire has released on Disney+ Hotstar on Friday, August 27. 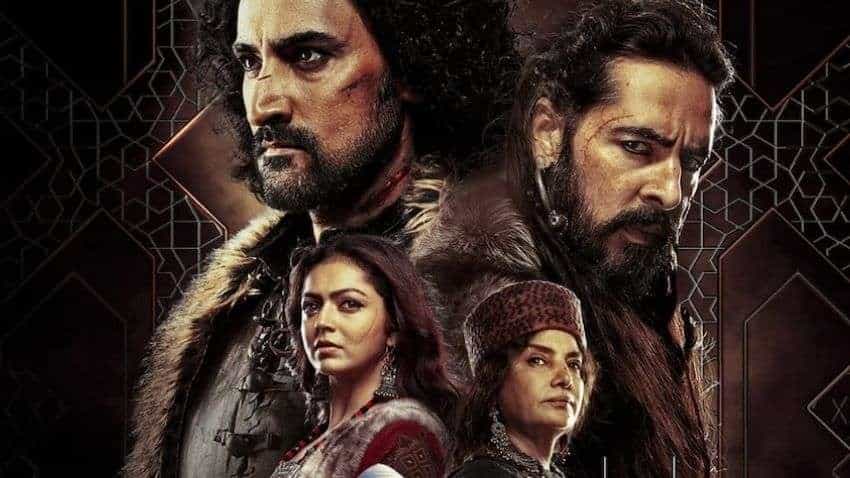 Kunal Kapoor starrer The Empire has finally released on Disney+ Hotstar on Friday, August 27. People who were eagerly waiting for this 8-episode drama series can watch it on the OTT platform from today.

The series is based on Alex Rutherford’s "Empire of the Moghul: Raiders from the North", the show is directed by Mitakshara Kumar, who has also co-written it with writer Bhavani Iyer.

Actor Kunal Kapoor, who is making his digital debut, features as an emperor and is joined by an ensemble cast including Shabana Azmi, Drashti Dhami, Dino Morea, Aditya Seal, Sahher Bambba and Rahul Dev.

The epic period-action-drama traces the saga of an empire from the valley of Ferghana to Samarkhand and beyond and has been shot across multiple locations in India and Uzbekistan.

"The king of Ferghana dies in an accident and a young prince is now tasked with taking over the throne. It’s a time of great distress due to imminent danger from an evil warlord. An assassination attempt on the king that further deepens the worries about the vulnerability of Ferghana. The young king must now take responsibility for an entire kingdom," the official synopsis of the show read, according to a report by PTI.

Filmmaker Nikkhil Advani, creator of the series had said that The Empire is a dream project that he has nurtured for years. He added that the show will provide an unforgettable viewing experience to the audiences, as per a report by PTI.

"The narrative we are exploring is something none of the makers have ever attempted in the history of Indian entertainment and given this story a fictional and creative bent," he said, as quoted by PTI.

The Empire is produced by Advani’s sister Monisha Advani and Madhu Bhojwani under their banner Emmay Entertainment.