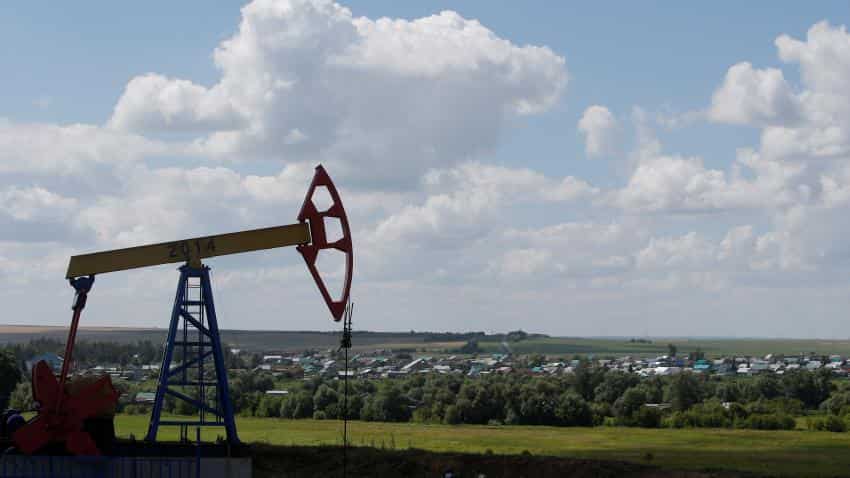 Oil prices fell early on Wednesday, squeezed between concerns of oversupply, sparked by rising Libya output, and fears of reduced future investment in the industry.

"We see (oil and gas)...order intake activity at almost the same low level as in 2016...For now, we remind investors that contract levels appear to still be insufficient to drive recovery in earnings," Bernstein Research said.

Libya`s Sharara oil field, the country`s largest, was gradually restarting on Tuesday after a shutdown.

Sharara recently reached output of 280,000 barrels per day (bpd), but closed earlier this month due to a pipeline blockade. Its production is key to Libya`s oil output, which surged above 1 million bpd in late June, about four times` its level last summer.

Libya`s rising output is a headache for the Organization of the Petroleum Exporting Countries (OPEC), which together with non-OPEC producers including Russia has pledged to hold back around 1.8 million bpd of supplies between January this year and March 2018 in order to tighten supplies.

However, OPEC has so far fallen short off its pledge, in part due to Libya`s strong output. The OPEC-member has been exempt from cuts.

The next meeting of a ministerial committee of OPEC and non-OPEC states to discuss their production pact has been proposed for Sept. 22.

In the United States, crude inventories fell by 3.6 million barrels in the week to Aug. 18 to 465.6 million, industry group the American Petroleum Institute said Tuesday. However, gasoline stocks rose by 1.4 million barrels, compared with analysts` expectations in a Reuters poll for a 643,000-barrel decline.

Official inventory data by the U.S. Energy Information Administration is due to be released late on Wednesday.