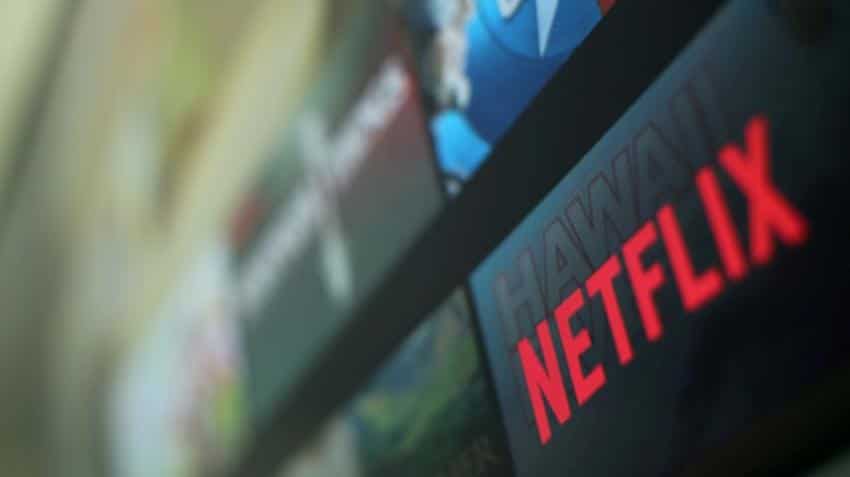 The Netflix logo is pictured on a television in this illustration photograph taken in Encinitas California. Image Source: Reuters
Written By: Reuters
RELATED NEWS

Netflix expects foreign growth to bring its first full-year profit for overseas markets in 2017, the company said in a letter to shareholders.

At the end of June, Netflix for the first time recorded more subscribers abroad than in the United States - 52.03 million vs. 51.92 million.

A strong slate of TV series, such as "13 Reasons Why" and the latest season of "House of Cards," brought in more customers than Netflix had predicted for the second quarter, typically its slowest season of the year. Wall Street had expected 3.2 million new customers worldwide.

In the United States, it signed up 1.07 million subscribers, beating analysts` average estimate of 631,000.

The guidance assumes much of the second quarter`s momentum will continue, the letter said, though it added that Netflix`s forecasts had been too optimistic at times.

Netflix is spending $6 billion a year on content to win new subscribers in a quest to become the world`s top movie and TV streaming service, even as it faces a slowdown in U.S. customer growth. It is customising content for different countries and adding shows in various languages.

Investors are willing to tolerate the spending in exchange for booming customer growth, said Rosenblatt Securities analyst Alan Gould. "Most investors will take the trade-off of a 2 million (subscriber) beat."