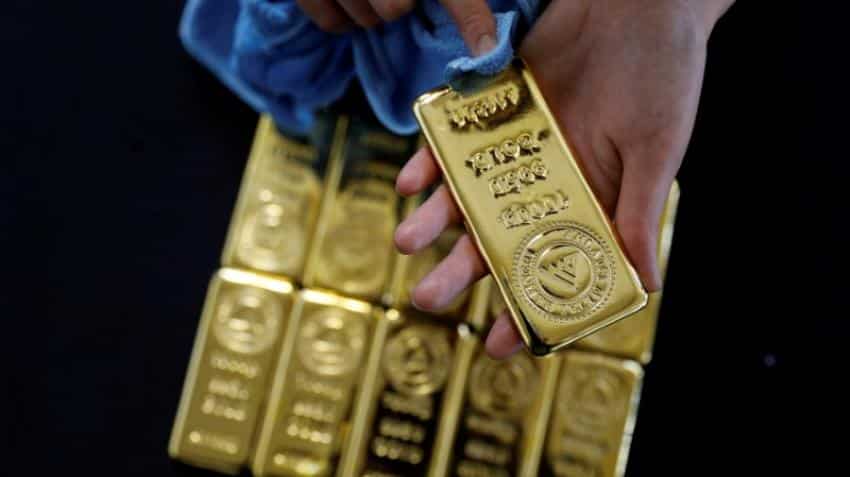 Gold edged lower on a firm dollar early on Wednesday, with investors looking for direction from geopolitical headlines and a key annual central banking conference this week in Jackson Hole in the United States. FUNDAMENTALS

* Asian stocks edged higher on Wednesday to extend a global rally spurred by gains for tech shares on Wall Street and miners in Europe, while the dollar was buoyant against the euro and yen ahead of the Jackson Hole gathering later in the week. [MKTS/GLOB]

* The U.S. Air Force may intensify its strikes in Afghanistan and expand training of the Afghan air force following President Donald Trump`s decision to forge ahead with the 16-year-old war, its top general told Reuters on Tuesday.

* All of the Federal Reserve`s 12 regional banks wanted to hold steady the rate commercial banks are charged for emergency loans ahead of the U.S central bank`s last policy meeting, minutes from a discussion of the discount rate showed on Tuesday.

* The mood among German investors fell for the third month running in August, a survey showed on Tuesday, linking the drop to an emissions scandal engulfing the country`s car industry.

* British employers` willingness to hire and invest has fallen to its lowest since last year`s vote to leave the European Union, a survey by the recruitment industry showed on Wednesday.

* While Britain toils over its messy divorce with the European Union, France`s president Emmanuel Macron is embarking on a drive to deepen the economic integration of a bloc he says needs to be more protective of its citizens.