North Korea has conducted dozens of ballistic missile tests under young leader Kim Jong-Un, the most recent on Saturday, but firing projectiles over mainland Japan is rare. 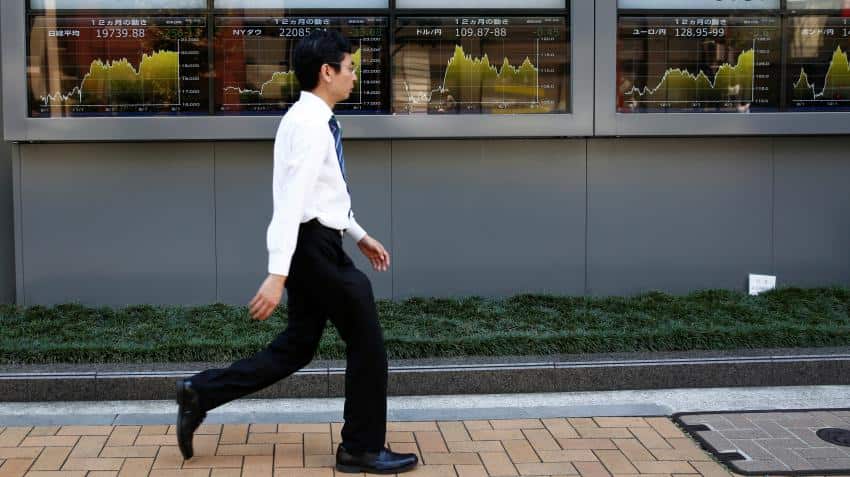 U.S. stock futures and Asian share markets tumbled on Tuesday, while the yen jumped to four-month highs against the dollar after North Korea fired a missile over northern Japan, setting up a tense start to trading for markets in the region.

North Korea fired a missile early on Tuesday that flew over Japan and landed in the Pacific waters off the northern region of Hokkaido, South Korea and Japan said, in a sharp escalation of tensions on the Korean peninsula.

North Korea has conducted dozens of ballistic missile tests under young leader Kim Jong-Un, the most recent on Saturday, but firing projectiles over mainland Japan is rare.

Earlier this month, North Korea threatened to fire missiles into the sea near the U.S. Pacific territory of Guam after U.S. President Donald Trump warned Pyongyang would face "fire and fury" if it threatened the United States.

The war of words between Trump and Pyongyang caused global alarm and rocked financial markets.

"The missile flew across Japan this time, so the implications will likely be a bit different from previous ones," said Hirokazu Kabeya, chief global strategist at Daiwa Securities.

The yen rose 0.8 percent to 108.33 to the dollar, its highest since April, despite Japan`s proximity to North Korea.

The yen tends to benefit during times of geopolitical or financial stress as Japan is the world’s biggest creditor nation and there is an assumption that Japanese investors will repatriate funds should a crisis materialise.

Investors also rushed to the safety of U.S. Treasuries, pushing down the 10-year yield to a two-month low of 2.124 percent =rr>

On Monday, U.S. shares were narrowly mixed as investors tried to assess the flooding damage caused by Tropical Storm Harvey, powerful hurricane to strike Texas in more than 50 years when it came ashore on Friday.

Going in the opposite direction, U.S. Crude oil prices