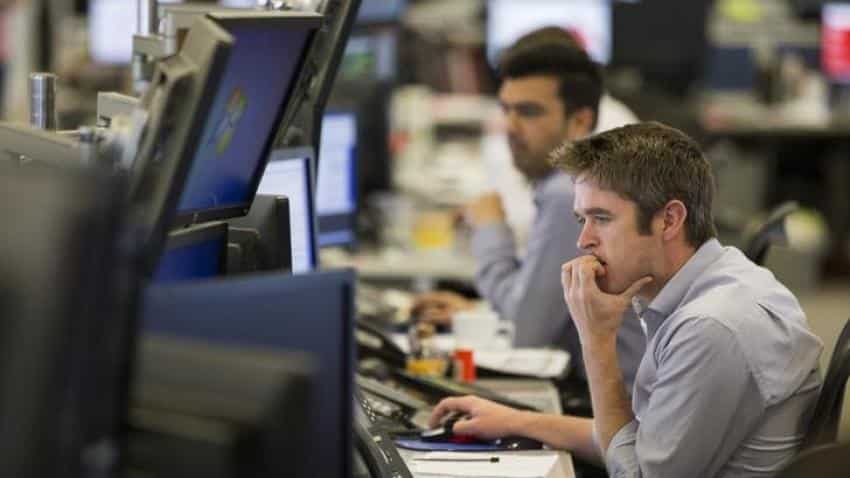 Asian stocks slipped on Monday as demand for riskier assets ebbed after recent strong gains, while the euro`s near-two-year high on the European Central Bank`s seeming lack of concern about its strength left the dollar languishing near a 13-month low.

MSCI`s broadest index of Asia-Pacific shares outside Japan was down 0.1 percent early on Monday.

On Friday, global stocks snapped a 10-day winning streak, taking a breather from a rally that had propelled them to a record high.

The euro was trading 0.1 percent higher at $1.1677 early on Monday, just a whisker below the two-year intraday high hit on Friday.

"There has been very little backpedalling on the long euro storyline as dealers continue to place much emphasis on Draghi declining the opportunity to talk down the currency post-ECB minutes," Stephen Innes, head of Asia-Pacific trading at OANDA, wrote in a note.

"And factoring in the expanding U.S. political sinkhole which is weighing on broader USD sentiment, it`s unlikely the market has run out of steam," he wrote, adding he expects the euro to test the August 2015 high of $1.1715 "sooner than later."

The dollar index, which tracks the greenback against a basket of trade-weighted peers, extended its run of declines.

The dollar retreated 0.2 percent to $110.89 yen in its fifth straight session of losses.

In commodities, oil remained in the doldrums after a consultant forecast a rise in OPEC production for July despite the group`s pledge to curb output, reviving concerns about oversupply.

Gold glittered on the dollar`s weakness and decline in risk appetite. Spot gold inched up 0.1 percent to $1,256.26 an ounce, building on Friday`s 0.8 percent jump, and slightly below a one-month high hit earlier.