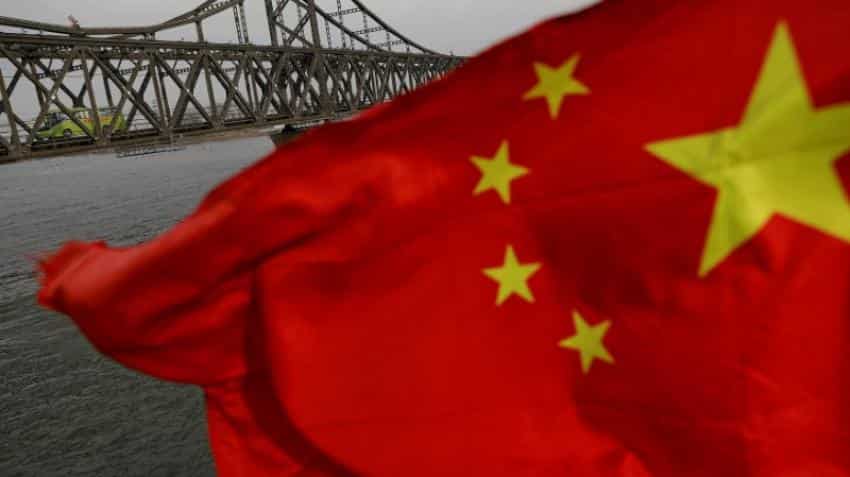 A Chinese flag is seen in front of the Friendship bridge over the Yalu River connecting the North Korean town of Sinuiju and Dandong in China. Image Source: Reuters
Written By: Reuters
RELATED NEWS

Fitch Ratings on Friday maintained its A rating on China with a stable outlook, citing the strength of the country`s external finances and macroeconomic record.

Short-term growth prospects remain favourable, and economic policies have been effective in responding to an array of domestic and external pressures in the past year, Fitch said.

In a Reuters poll of 65 economists, China`s economic growth is expected to reach 6.6 percent this year, topping the government`s target of around 6.5 percent.

But large and rising debt levels across the non-financial sector, combined with the low stand-alone credit quality of Fitch-rated banks in the financial system, remain the most significant risk factor for the sovereign rating, Fitch said.

In May, Moody`s Investors Service cut its sovereign ratings on China by a notch, putting them on par with those of Fitch. That move put Standard