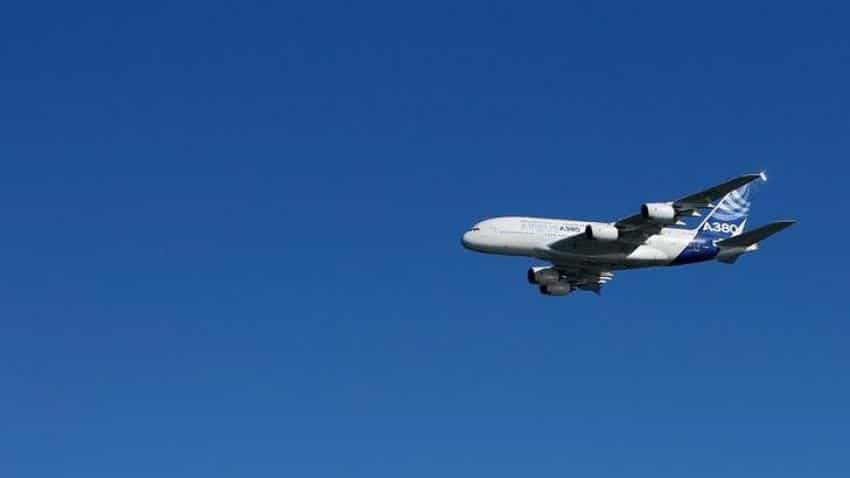 An Airbus A380, the world's largest jetliner, flies during the start of The Bridge 2017 in Saint-Nazaire. Image Source: Reuters
Written By: Reuters
RELATED NEWS

The world`s second largest planemaker after Boeing stuck to its financial targets and production plans, but suggested reaching its 2017 delivery target depended essentially on deliveries from Pratt & Whitney.

For the second quarter, Airbus posted a lower-than-expected 859 million euro ($1 billion) operating profit, down 27 percent, on revenues of 15.271 billion. Analysts were on average expecting profit of 910 million euros on 15.823 billion euros in sales, according to a Reuters poll.

Airbus also disclosed a new output cut for its slow-selling A380, saying it would now deliver eight superjumbos in 2019, down from a previously announced 12 in 2018.

The figures came a day after rival Boeing saw its shares hit a record after posting second-quarter profit and cashflow well ahead of Wall Street estimates.