Xiaomi is looking to rev up excitement levels with its fans - and potential investors - ahead of the Hong Kong listing that could come as soon as June, as it looks to justify a sky-high expected valuation. 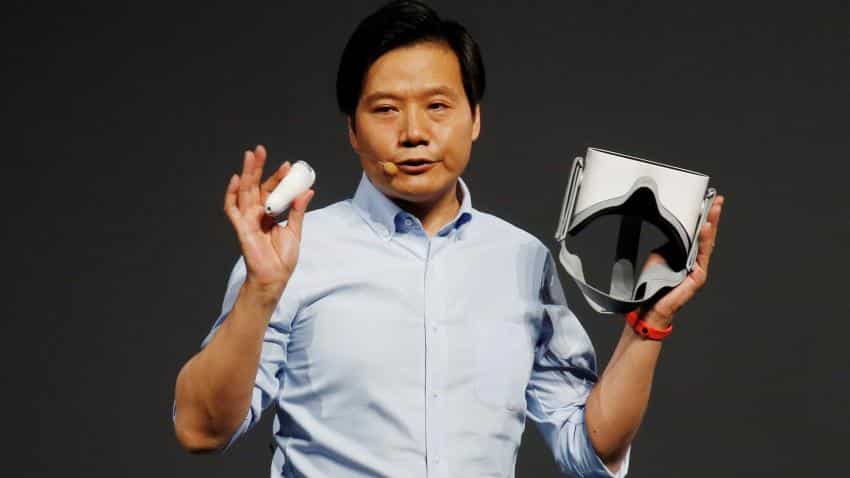 Chinese smartphone maker Xiaomi, lining up for a $10 billion IPO, held a rock concert-style launch on Thursday to unveil its latest flagship smartphone and a virtual reality headset developed with Facebook Inc`s Oculus.

The smartphone and connected device maker is looking to rev up excitement levels with its fans - and potential investors - ahead of the Hong Kong listing that could come as soon as June, as it looks to justify a sky-high expected valuation.

Xiaomi is expected to command a market value of $70 billion to $100 billion, just eight years after its founding. Raising $10 billion would also make it the largest global listing in almost four years after Alibaba Group Holding Ltd.

In an event in Shenzhen in front of a packed-out stadium with thousands of Xiaomi super-fans, the firm`s chief executive Lei Jun presented the flagship Mi 8, an anniversary smartphone strikingly similar to Apple Inc`s iPhone X.

Xiaomi`s blockbuster initial public offering (IPO) has drawn major scrutiny on the company`s performance, even following a recent return to form and after it blew past its 100 billion yuan sales target for 2017 with a couple of months to spare.

There are concerns over thin margins, a stalling Chinese smartphone market, costs of opening physical stores rather than sticking with online sales, and obstacles facing the brand to retain its followers and win new ones overseas, analysts said.

At the Shenzhen event, chapters of Xiaomi fans carrying colourful banners cheered Lei onto the stage, the device maker`s charismatic founder who has developed a cult status with the so-called "mi fans" akin to the late Apple founder Steve Jobs.

Xiaomi, which started with smartphones but has since branched out into a plethora of smart devices, gained a following in China by releasing limited batches of slick-looking phones online at a mid-range price tag.

It has a hard core of followers in China who snap up its gadgets ranging from scooters and air purifiers to rice cookers and even underpants.

Amid the bright lights and a pumping soundtrack at the Shenzhen show, one attendee said he had been won over -though Xiaomi will need to attract many more to sustain its IPO push.

Liao Ruihang who works in e-commerce said he had travelled from neighbouring Guangzhou for the event and was attracted to the brand by the wide array of apps that could be used on Xiaomi`s open-source operating system.

"I`ve been using an iPhone but will now buy a Mi 8," he said, flanked by other fans wearing t-shirts blazoned with slogans such as, "I love Mi".