India’s official delegation for the meeting was headed by Piyush Goyal, the Minister of Commerce & Industry, Consumer Affairs & Food & Public Distribution and Textiles 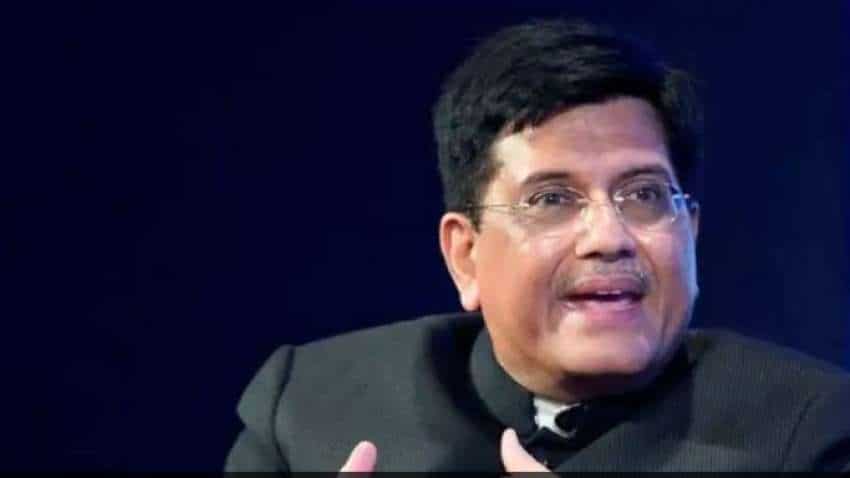 The meeting concluded with the adoption of the G-33 Joint Ministerial Statement reaffirming commitment for expeditious resolution of the WTO’s mandated issues in agriculture. Source: Reuters
Reported By: ZeeBiz WebTeam
Written By: Ambarish Pandey
Edited By: Ravi Kant Kumar

The G-33 Virtual Informal Ministerial Meeting organised by Indonesia was held on 16th September to discuss the Agricultural Priority Issues of G-33 and to devise the way forward for the 12th Ministerial Conference (MC-12) scheduled from 30th November to 3rd December 2021.

The Informal Ministerial Meeting was chaired by the Minister of Trade of the Republic of Indonesia, Muhammad Lutfi.

Director General of WTO, Dr Ngozi Okonjo Iweala, delivered the keynote remarks. Out of a total of 47 G-33 members, representatives from 21 member countries, including India, took the floor to make brief intervention.

India’s official delegation for the meeting was headed by Piyush Goyal, the Minister of Commerce & Industry, Consumer Affairs & Food & Public Distribution and Textiles. In his intervention, the minister emphasised that as part of the trust-building exercise for MC 12, G-33 must strive for positive outcomes on permanent solution to Public Stockholding (PSH) for food security purposes, which is of utmost importance, finalisation of a Special Safeguard Mechanism (SSM) quickly and a balanced outcome on domestic support.

He highlighted that the agreement on agriculture at the WTO was riddled with deep imbalances, which favour the developed countries and have tilted the rules against many developing countries and therefore as a first step in agriculture reform, the historical asymmetries and imbalances must be corrected in order to ensure a rule-based, fair and equitable order.

He urged the G-33 members to work collectively to retain the cohesion of G-33 coalition and strengthen it further by reaching out to other like-minded developing groups to secure their support for a fair, balanced and development-centric outcome on agriculture at MC-12.

The meeting concluded with the adoption of the G-33 Joint Ministerial Statement reaffirming commitment for expeditious resolution of the WTO’s mandated issues in agriculture. The meeting also called for satisfactorily addressing the development issues of developing countries and least developed countries (LDCs) with special and differential Treatment as an integral part of international trade negotiations.