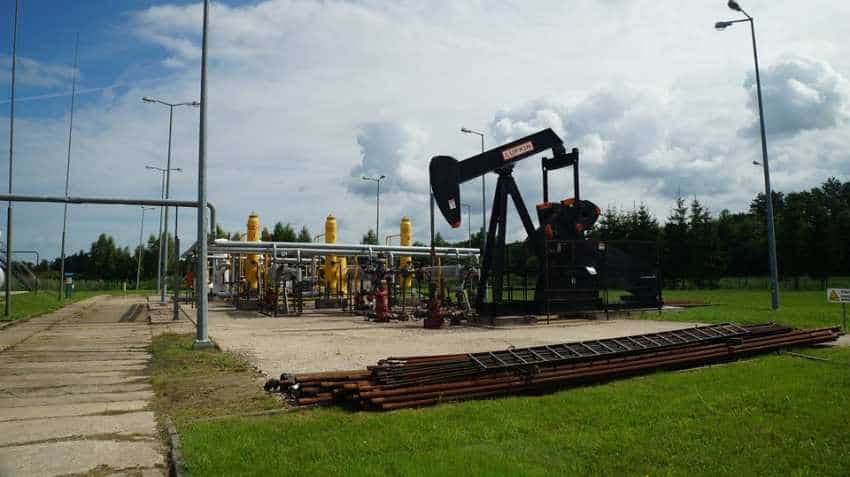 WTI Crude: Oil prices clung to gains on Thursday after official data confirmed a big drop in US crude inventories, helping ease concerns about weakening demand, but worries about wider economic growth held prices in check. US crude was up by 6 cents, or 0.1%, at $55.84 a barrel, while Brent crude was down 7 cents, or 0.1%, at $60.42 a barrel by 0011 GMT after rising for two days. Oil prices rose around 1.5 percent in the previous session.

Distillate stockpiles , which include diesel and heating oil, fell by 2.1 million barrels, versus expectations for a 918,000-barrel increase, the EIA data showed.

The Organization of the Petroleum Exporting Countries (OPEC), Russia and other producers have been restraining supply for most of the period since Jan. 1, 2017.

The alliance, known as OPEC+, in July renewed the pact until March 2020.

Still, concerns about a slowdown in U.S. and global economic growth and the potential hit to oil demand are keeping prices in check.

San Francisco Federal Reserve President Marly Daly said on Thursday she believes the U.S. economy has "strong" momentum, but uncertainty and a global growth slowdown are having an impact.

Daly was speaking to reporters after a speech in Wellington, New Zealand and said she was in "watch and see" mode in assessing the need for another U.S. interest-rate cut.

Global growth has been hit by the trade war between the United States and China, which shows no signs of easing.

U.S. President Donald Trump said on Monday he believed China was sincere about wanting to reach a trade deal, but concerns arose on Tuesday after China`s foreign ministry declined to confirm a telephone call between the two countries on trade.