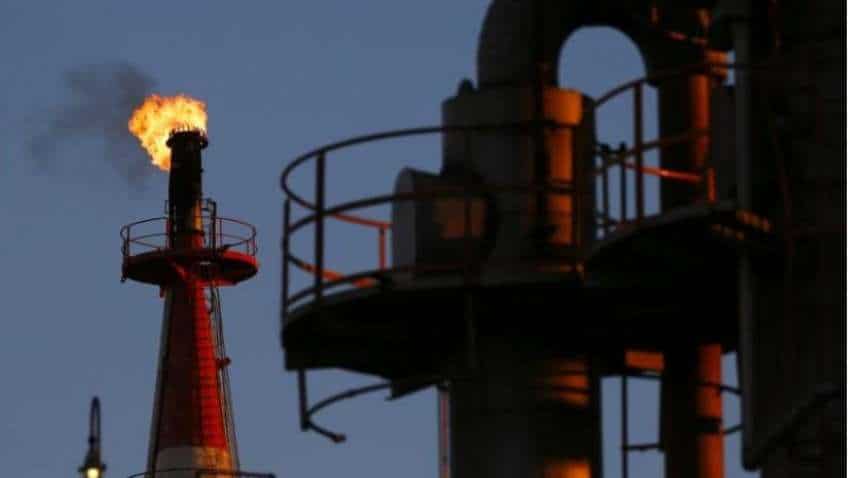 Oil prices rose on Tuesday after Libya declared force majeure on two major oilfields following a military blockade and protests escalated in Iraq, raising supply concerns. Brent crude was trading up 11 cents, or 0.2%, at $65.31 per barrel by 0101 GMT. U.S. West Texas Intermediate crude futures were up 20 cents, or 0.3%, at $58.74 a barrel.

"Rising disruptions in ... Libya are likely to keep oil prices well supported in the coming days," analysts from Australia and New Zealand Banking Group said in a note on Tuesday.

A document sent to oil traders and seen by Reuters on Monday said the NOC had declared force majeure - a waiver on contractual obligations - on crude loadings from the Sharara and El Feel oilfields in Libya`s southwest.

If Libyan exports are halted for any sustained period, storage tanks will fill within days and production will slow to 72,000 barrels per day (bpd), an NOC spokesman said. Libya has been producing around 1.2 million bpd recently.

Anti-government unrest in Iraq, another major oil producer, also supported oil prices, although officials have said production in southern oilfields has not been affected by the unrest.

Any supply disruptions could be offset by increased output from the Organization of the Petroleum Exporting Countries (OPEC), which could limit the impact on global oil markets, the head of Japan`s petroleum industry body said.

The bank expects global demand to grow by 1.1 million barrels per day during this year, while its supply and demand outlook suggested a surplus of 190,000 barrels per day.