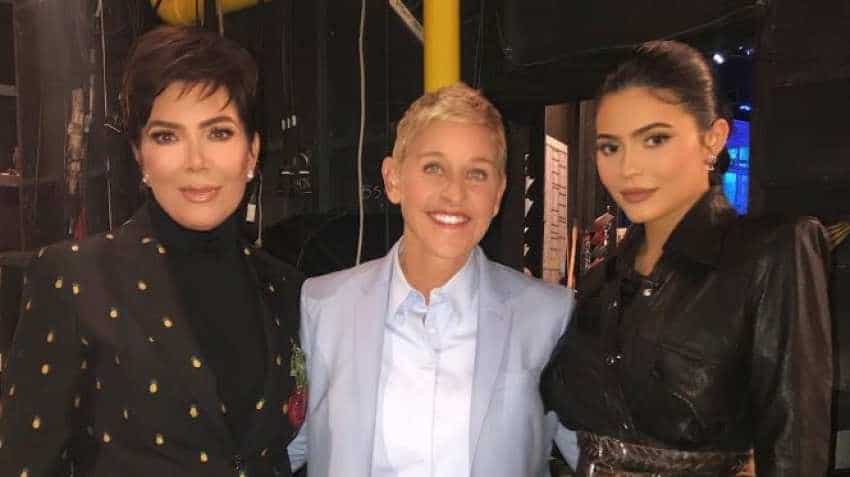 The 22 year old celeb appeared on the 17th season of the 'Ellen DeGeneres Show,' with her mother, Kris Jenner. Image: Kylie Jenner Instagram

Popular American model, beauty celebrity and self-made billionaire, Kylie Jenner has donated a whopping amount of $750,000 (Rs 5.2 crore approx) to a women's empowerment organisation called 'Nest of Love'. The 22 year old celeb appeared on the 17th season of the 'Ellen DeGeneres Show,' with her mother, Kris Jenner. During the television appearance, Kylie surprised a women’s empowerment organisation called Nest of Love with $750,000, adding that she always aims to ‘give back’ when launching her annual birthday collections.

Samantha, along with 10 other members of the Nest of Love team, were brought to DeGeneres' studio under the guise of shooting a promo for the series' season premiere. However, they were unaware that they were really there because they were about to be honored for their charitable efforts by none other than Kris and Kylie themselves.

After both the reality TV personalities got to know about the group's inspiring work, the famous mother-daughter duo wanted to help out and give back. Kylie gifted the organisation with $150,000 and $100,000 for Samantha. Not just this, apart from the heavy price, each member of the female group took home a Kylie Cosmetics Birthday collection and something even bigger.

Ellen DeGeneres revealed that a total of $750,000 was gifted, thanks to the beauty mogul from the proceeds of the Kylie Cosmetics Birthday Collection. The news of Kylie's generous donation comes a few months after she was named the youngest self-made billionaire by Forbes.

According to the organisation’s website, Nest of Love is ‘committed to lead women from every culture and ethnicity to become a leader. The generous donation comes months after Kylie was announced as the world’s youngest self-made billionaire by Forbes.