The World Bank said growth in advanced economies is expected to edge up to 1.8% in 2017. 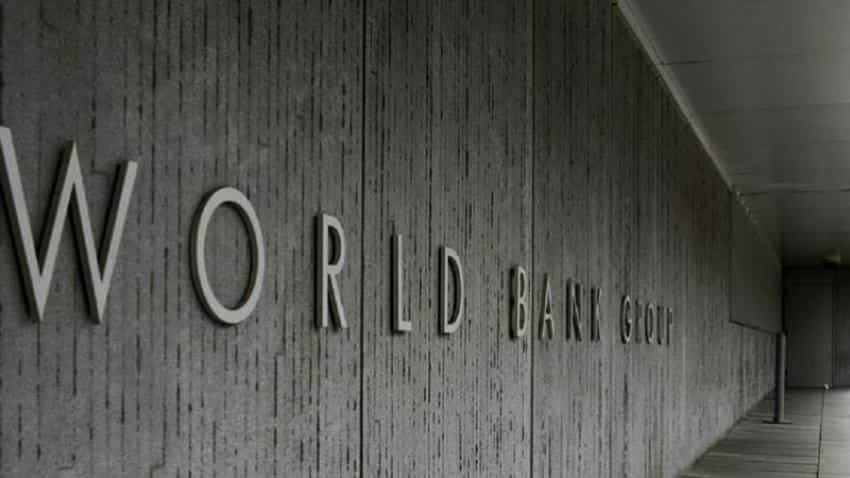 Growth in the United States is expected to pick up to 2.2%. Photo: Reuters
Written By: PTI
RELATED NEWS

In an encouraging sign, the World Bank on Wednesday projected a global growth of 2.7% in 2017, even as it observed that stagnant global trade, subdued investment and heightened policy uncertainty marked another difficult year for the world economy.

"After years of disappointing global growth, we are encouraged to see stronger economic prospects on the horizon," World Bank President Jim Yong Kim said as the financial body in its latest report said that global economic growth is forecast to accelerate moderately to 2.7% in 2017 after a post-crisis low of 2.3% in 2016.

"Now is the time to take advantage of this momentum and increase investments in infrastructure and people. This is vital to accelerating the sustainable and inclusive economic growth required to end extreme poverty," Jim said.

In the latest edition of the Global Economic Prospects, the World Bank said growth in advanced economies is expected to edge up to 1.8% in 2017.

Fiscal stimulus in major economies particularly in the US could generate faster domestic and global growth than projected, although rising trade protection could have adverse effects, it said.

Growth in emerging market and developing economies as a whole should pick up to 4.2% this year from 3.4% in the year just ended amid modestly rising commodity prices, the bank said.

However, the outlook is clouded by uncertainty about policy direction in major economies, the report said, adding that a protracted period of uncertainty could prolong the slow growth in investment that is holding back low, middle, and high income countries.

Analyzing the worrisome recent weakening of investment growth in emerging market and developing economies, it said that investment growth fell to 3.4% in 2015 from 10% on average in 2010, and likely declined another half percentage point last year.

"We can help governments offer the private sector more opportunities to invest with confidence that the new capital it produces can plug into the infrastructure of global connectivity," said World Bank Chief Economist Paul Romer.

"Without new streets, the private sector has no incentive to invest in the physical capital of new buildings. Without new work space connected to new living space, the billions of people who want to join the modern economy will lose the chance to invest in the human capital that comes from learning on the job," he said.

Among countries, China is projected to continue an orderly growth slowdown to a 6.5% rate. However, overall prospects for emerging market and developing economies are dampened by tepid international trade, subdued investment, and weak productivity growth, the report said.

Growth in the United States is expected to pick up to 2.2%, as manufacturing and investment growth gain traction after a weak 2016, the World Bank said.

"Because of the outsize role the US plays in the world economy, changes in policy direction may have global ripple effects. More expansionary US fiscal policies could lead to stronger growth in the US and abroad over the near-term, but changes to trade or other policies could offset those gains," said World Bank Development Economics Prospects Director Ayhan Kose.

"Elevated policy uncertainty in major economies could also have adverse impacts on global growth," he added.