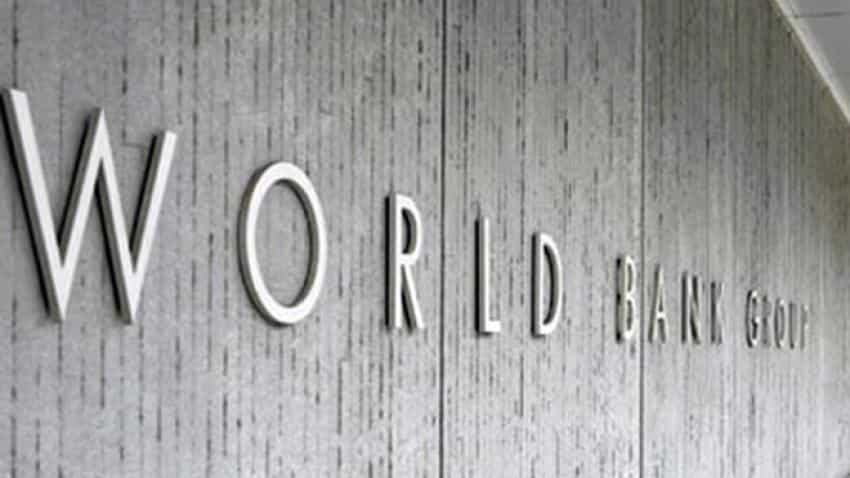 India's economy will see a robust growth of 7.3 per cent this year and 7.5 per cent for the next two as "factors holding back growth in India fade", the World Bank has forecast. Image source:
Written By: PTI

India's economy will see a robust growth of 7.3 per cent this year and 7.5 per cent for the next two as "factors holding back growth in India fade", the World Bank has forecast, allowing the country to retain the tag as the world's fastest growing major emerging economy. "India's economy (today) is robust, resilient and has potential to deliver sustained growth," Ayhan Kose, Director of the Development Prospects Group at the World Bank, told PTI.

The report, released yesterday, is the global lender's flagship publication on the state of the world economy. It said that growth in South Asia is projected to strengthen to 6.9 per cent in 2018 and to 7.1 per cent in 2019, mainly as "factors holding back growth in India fade."

Previously international lenders have said the demonitisation and the initial hiccups in the implementation of the the Goods and Services Tax (GST) had impacted India's growth. India retains the tag of the fastest growing country among the world's major emerging economies, Kose said.

India's growth potential is about 7 per cent, and it is currently growing at a pace above its potential, he said, attributing it to the major economic reforms and fiscal measures undertaken by the government.

"India is doing well. Growth is being robust. Investment growth remains high. Consumption remains strong. All in all these numbers are encouraging," Kose said, referring to the World Bank report on India's growth rate figures. "And India is the fastest growing economy in major emerging markets," he said.

Noting that India's growth prospects are strong, the official said the potential growth rate of India is around seven per cent. "However, you look at it, India is in a very strong position," he said.

"In terms of economic growth, the fact that India is able to deliver a robust consumption growth, robust investment... All these are good news. The big issue is now that India has a potential to sustain this growth and we are optimistic about India to realise that potential," Kose said.

Seeking an increasing female labour force participation, he said on the productivity side India has room for improvement in secondary education completion rates.

Noting that there are risks that all emerging market economies are facing because of global economic developments, he said, for example the disorderly tightening of global financial conditions could have implications for emerging market economies. "There is trade tensions out there. These tensions have been escalating in recent weeks. These have implications for growth prospects as well," he said. Like other oil importers, India is also facing a higher oil prices, he said.

In its latest report, the bank said in India, investment growth has firmed recently, as the effects of temporary factors wane. It said that growth in South Asia is projected to accelerate to 6.9 per cent in 2018, mainly reflecting strengthening domestic demand in India as temporary policy-driven disruptions fade.

Elsewhere in the region, ongoing recoveries in Bangladesh, Pakistan and Sri Lanka are expected to be accompanied by moderating activity in Afghanistan, Bhutan and Maldives, the World Bank said. "Over the medium term, growth is expected to remain strong and reach 7.2 per cent by 2020 amid robust domestic demand. Downside risks continue to predominate.

"They include the possibility of fiscal slippages, delays in reforms to resolve financial vulnerabilities and improve the health of regional banking systems, and a faster-than-expected tightening in global financing conditions," the report said. Stronger-than-envisioned global growth could result in better regional growth outcomes, it added.