According to Variety, the 83-year-old filmmaker claims in his suit that Amazon has given only vague reasons for dropping the project. 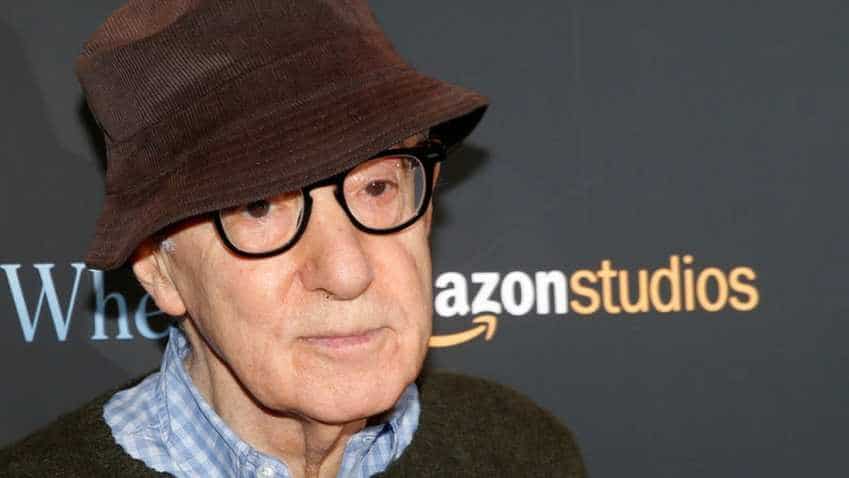 After the allegation against Allen resurfaced, many actors, including Michael Caine, Greta Gerwig and Kate Winslet, had expressed regret over working with the director. Reuters

Veteran filmmaker Woody Allen has filed a USD 68 million lawsuit against Amazon Studios, alleging that the company breached their contract by refusing to distribute his latest film, "A Rainy Day in New York".

It was reported in September 2018 that the film, which stars Timothee Chalamet, Selena Gomez, Elle Fanning, Rebecca Hall and Jude Law, has been shelved indefinitely by Amazon Studios.

The decision to shelve the project stemmed from the renewed focus on the director in the wake of Harvey Weinstein scandal and #MeToo movement.

He has been accused of sexually assaulting his step-daughter Dylan Farrow when she was a seven-year-old in the early 1990s.

According to Variety, the 83-year-old filmmaker claims in his suit that Amazon has given only vague reasons for dropping the project.

"Amazon has tried to excuse its action by referencing a 25-year-old, baseless allegation against Mr. Allen, but that allegation was already well known to Amazon (and the public) before Amazon entered into four separate deals with Mr. Allen ? and, in any event it does not provide a basis for Amazon to terminate the contract," the suit alleged.

The suit also claims that there are "no legitimate ground for Amazon to renege on its promises".

The filmmaker is seeking more than USD 68 million in damages from Amazon Studios.

The film was the fourth collaboration between the director and the studio, after "Cafe Society", "Crisis in Six Scenes" and "Wonder Wheel".

In 2016, the studio had signed a five picture deal with Allen who has been releasing a feature every year since 1982.

After the allegation against Allen resurfaced, many actors, including Michael Caine, Greta Gerwig and Kate Winslet, had expressed regret over working with the director.

Hall and Chalamet had announced that they will be donating their salaries from "A Rainy Day in New York" to charities in support of sexual abuse victims.