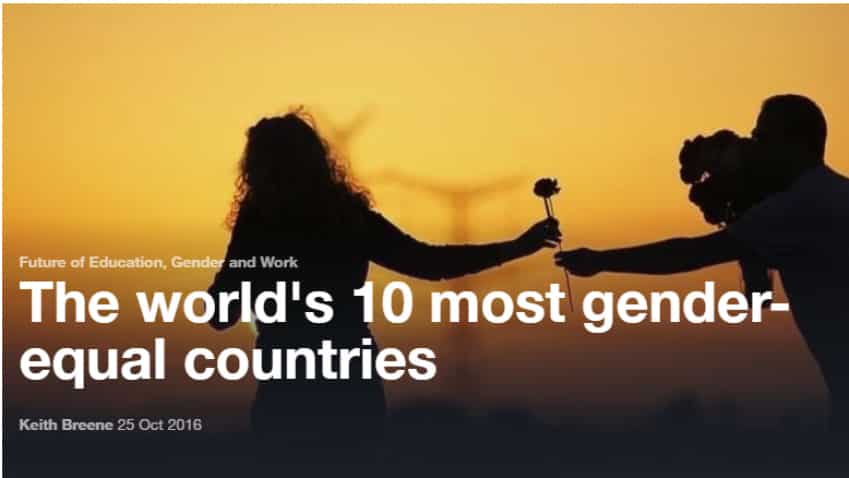 Efforts to close gender gaps in pay and workforce participation slowed so dramatically in the past year that men and women may not reach economic equality for another 170 years, the World Economic Forum said on Tuesday.

Statistics just a year ago predicted the economic gap between genders could close in 118 years, but progress has decelerated, stalled or reversed in nations around the world, the Swiss non-profit WEF said in its annual gender gap index.

"These forecasts are not foregone conclusions. Instead, they reflect the current state of progress and serve as a call to action," Saadia Zahidi, a member of the WEF executive committee, said in a statement.

Overall, Iceland and Finland ranked highest among 144 nations measured on progress in equality in education, health and survival, economic opportunity and political empowerment. 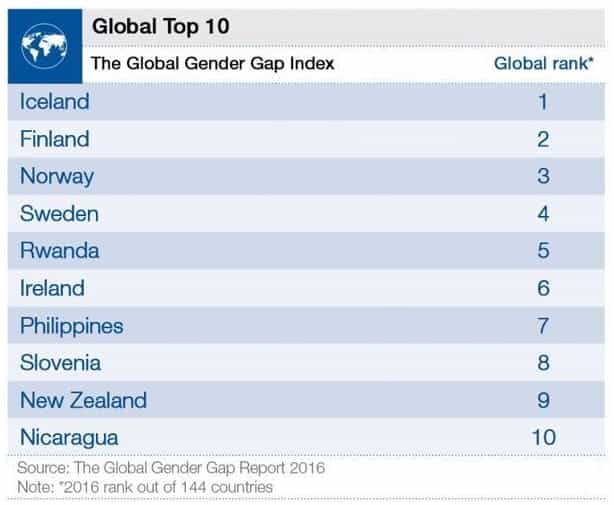 Next were Norway and Sweden, followed by Rwanda, which has improved economic participation and income equality and has the highest share of female parliamentarians in the world, the WEF said.

At the bottom was Yemen, then Syria, Saudi Arabia and Iran, with a wide array of progress in between, it said.

The gap in political empowerment, it said, was particularly pronounced in the United States, which may soon elect its first female president. In most polls, Democrat Hillary Clinton leads Republican Donald Trump ahead of the Nov. 8 election.

The United States ranked 73rd in political empowerment, which measured the ratio of men to women in the highest levels of political decision-making, the WEF said. It ranked 45th in the global list overall.

Nations with significant political gender gaps stand to lose out, the WEF said in a 391-page report accompanying the index.

"In the political sphere, women`s engagement in public life has a positive impact on inequality across society at large," it said. "In addition, there is a range of evidence to suggest that women`s political leadership and wider economic participation are correlated."

Globally, the political gender gap is slowly but steadily improving, it said.

On the other hand, the economic gap this past year reverted back to where it was in 2008. It measures how many men and women participate in the labor force, their earned incomes and their job advancement.

It stands at 59 percent, meaning women`s economic participation and opportunity is a little more than half of what men have, Zahidi said.

At the current rate, and given that the gap widened last year, women and men will not be equal economically for another 170 years, the report said.

Around the world, 54 percent of working-age women on average participate in the formal economy, compared with 81 percent of men, it said.

"Ensuring the healthy development and appropriate use of half of the world`s total talent pool has a vast bearing on the growth, competitiveness and future readiness of economies and businesses worldwide," the WEF said.

The gap between men and women in terms of education - literacy and school enrolment - is so small that they could be at equal levels within the next 10 years, it said.

But closing the gap in political empowerment, at current rates, could take 82 years, it said.

A nation`s score reflected how much it has closed the gaps between men and women, using data from organizations such as the International Labour Organization, United Nations Development Programme and World Health Organization, it said.

The pay-gap between richest Indian women and men is startling