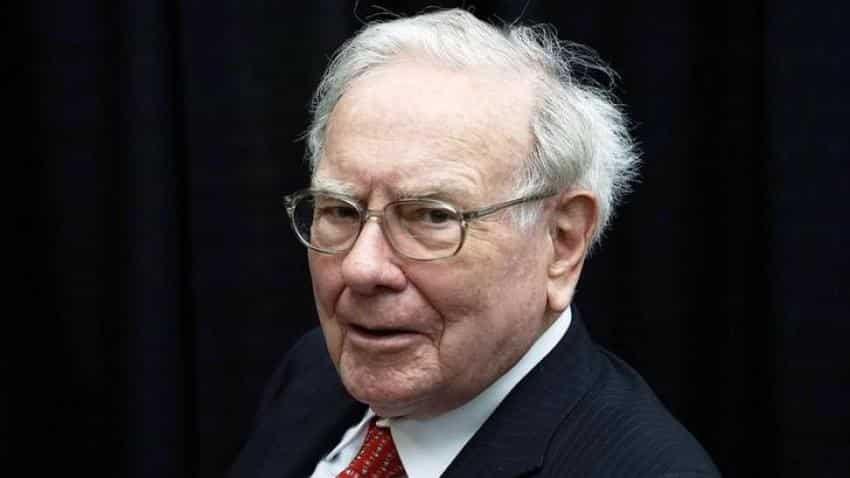 Warren Buffett on Saturday lamented his inability to find big companies to buy, and said his goal is to make "one or more huge acquisitions" of non-insurance businesses to bolster results at his conglomerate Berkshire Hathaway Inc. In his annual letter to Berkshire shareholders, Buffett admitted that finding things to buy at a "sensible purchase price" has become a challenge, and is a major reason Berkshire is awash with $116 billion of low-yielding cash and government bonds.

Buffett said a "purchasing frenzy" binge by deal-hungry chief executives employing cheap debt has made that task difficult. Berkshire typically pays all cash for acquisitions. "Our smiles will broaden when we have redeployed Berkshire`s excess funds into more productive assets," Buffett wrote. "Berkshire`s goal is to substantially increase the earnings of its non-insurance group. For that to happen, we will need to make one or more huge acquisitions."

It has been more than two years since Berkshire made a major purchase, the $32.1 billion takeover of aircraft parts maker Precision Castparts Corp.

Both are considered candidates to eventually replace Buffett, 87, as Berkshire`s chief executive. Many investors consider Abel, who is a decade younger than Jain, the frontrunner.

Berkshire on Saturday reported a record quarterly and annual profit, both of which received a $29.1 billion boost from the recent lowering of the U.S. corporate income tax rate, which reduced its deferred tax liabilities.

Those increases, however, masked declines in operating profit, which Buffett considers a better gauge of overall performance, and which fell 18 percent last year to $14.46 billion.

A major reason for that decline was a $2.22 billion loss from insurance underwriting, Berkshire`s first full-year deficit since 2002, hurt by Hurricanes Harvey, Irma and Maria and wildfires in California.

The lower tax rate also contributed to a 23 percent full-year boost in Berkshire`s book value, which measures assets minus liabilities and Buffett considers a good indicator of Berkshire`s net worth, to $211,750 per Class A share.

Meanwhile, insurance float, or premiums collected before claims are paid, and which gives Buffett more money to invest, was about $114 billion at year end.