Will Ripple be the new hot cryptocurrency in 2018? 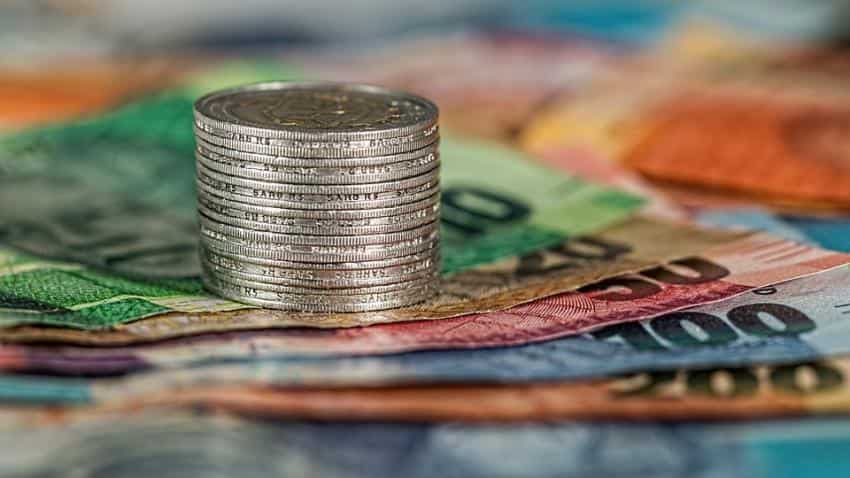 The year 2017 was all about Bitcoin, but another cryptocurrency has found investors' love as the world entered into the year 2018. The new digital coin, Ripple, after touching new heighs has now become the second most valued virtual currency after Bitcoin. 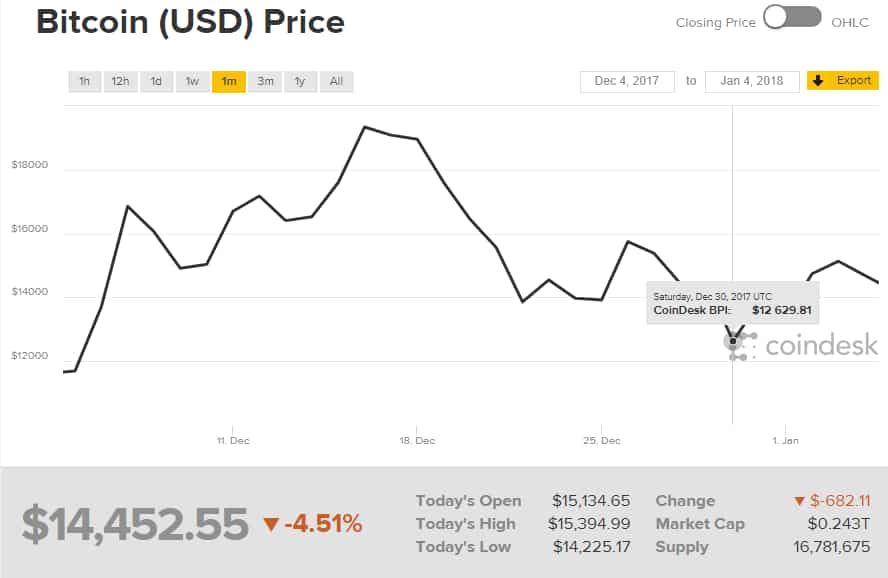 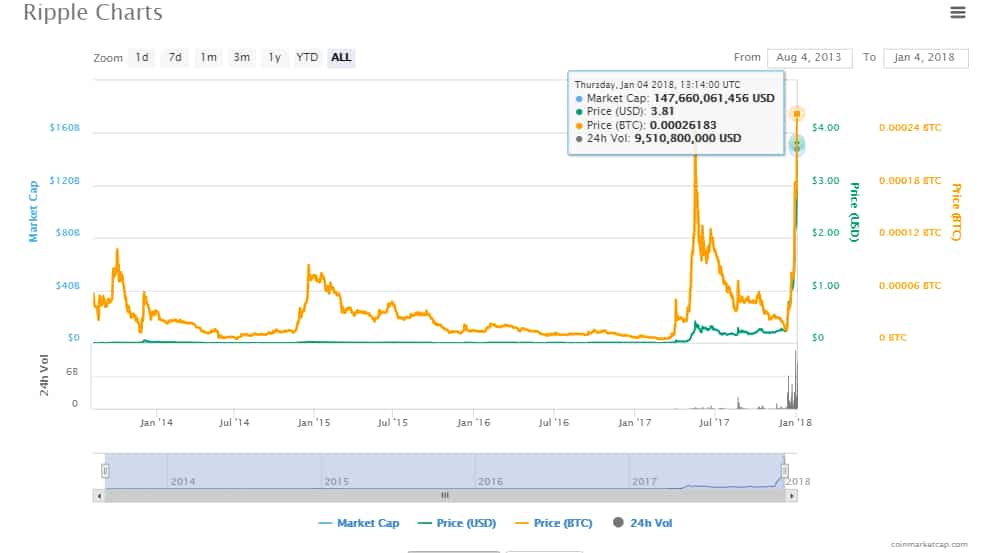 According to Investing.com, Ripple's surge outran Ethereum and bagged the second spot in the most valuable digital currency. Ethereum now stands at third place with a market cap of $72 billion.

The data mentioned that Ripple's market capitalisation increased by more than 50% on December 29, and recorded $85 billion, the uptick continued further and peaked to valuation of $100 billion this week.

However, Bitcoin still dominates the cryptocurrency market with valuation of $220 billion.

Stephen Powaga, head of research at investment firm Blockchain Momentum in CNN money, said, "Ripple and some other cryptocurrencies have relatively low transaction fees, which made them popular when people began looking for alternatives to Bitcoin."

Alexis Roussel, CEO Bity, in Incrementum research report said, "Until recently we had individuals from financial institutions buying Bitcoin because they were working on crypto projects and wanted to see how it worked. This year, these institutions are also investing in cryptocurrencies."

Let's have an understanding about the Ripple cryptocurrency, as per Investopedia.

Ripple was introduced in 2012 and was co-founded by Chris Larsen and Jed McCaleb. The coin is labelled as a XRP.

This digital currency acts as a bridge to other currencies. One key point of Ripple is that the coin does not discriminate between one fiat/crypto currency and another, therefore, makes it easy for any currency to be exchanged for another.

Ripple adopts a medium known as Gateway which serves as the intermediary in the trust chain between two parties who are desiring to make a transaction.

This Gateway performs as the credit intermediary that receives and sends currencies to public addresses over the Ripple network.

Trading in Ripple is little complex, as anyone or any business can register and open a gateway which authorizes the registrant to act as the middleman for exchanging currencies, maintaining liquidity and transferring payments on the network.

However, Ripple network does not operates on a proof-of-work system like Bitcoin or proof-of-stake system like Nxt which is another block chain. Instead, the transaction made in Ripple rely on a consensus in order to validate account balances and transactions on the system.

Investopedia mentions that the consensus works to improve the integrity of the system by preventing double spending.

The Ripple keeps watch of all IOUs in a given currency for any user or gateway. Interestingly, even though financial transaction history is publicly recorded and made available on the block chain, the data is not linked to the ID or account of any individual or business.

Thus, Ripple operates on an open source and peer-to-peer decentralized platform that allows a seamless transfer of money in any form, whether USD, Yen, litecoin, or bitcoin.