With 100 days to go, the 2016 Summer Games are plunged in uncertainty, even if the International Olympic Committee (IOC) has tried to stay upbeat. 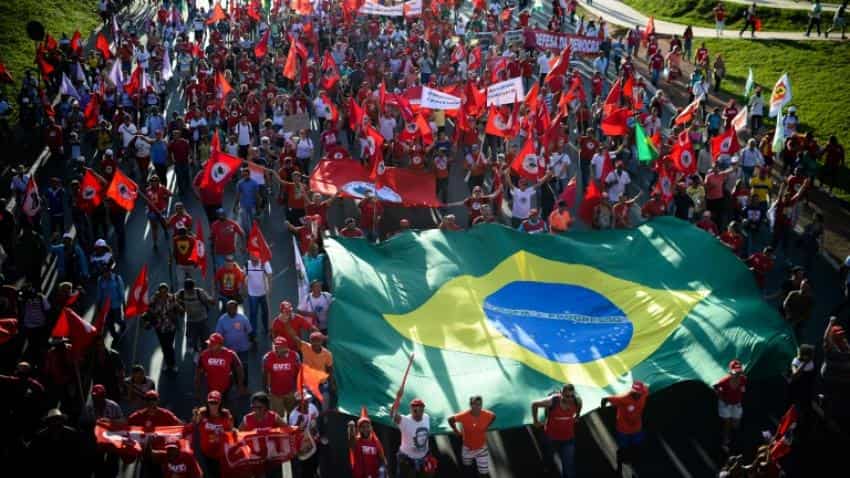 Amazon rainforest may collapse within decades if critical point is reached: Study

India may step up oil imports from Brazil, Mexico

On the streets of Rio de Janeiro, it feels like a long time since the heady days in 2009 when the city was named to host South America`s first Olympics.

Then, a booming Brazil was the Latin American poster child for the seemingly unstoppable rise of emerging markets, and its president, the leftist icon Luiz Inacio Lula da Silva, was at the height of his powers.

How times have changed?

Today, Brazil is floundering through a deep recession. Lula is facing charges in an explosive corruption scandal. And his hand-picked successor, Dilma Rousseff, is hanging by a thread as the Senate weighs opening an impeachment trial against her.

With 100 days to go, the 2016 Summer Games are plunged in uncertainty, even if the International Olympic Committee (IOC) has tried to stay upbeat.

"These Olympic Games will be a message of hope in troubled times," IOC president Thomas Bach said Thursday at the ceremonial lighting of the Olympic torch in Greece.

But many questions linger about how the Games will go down in a country mired in crisis.

Who will be president?

But you can`t know for sure who will be running Brazil when the opening ceremony is held on August 5. If the Senate puts Rousseff on trial in mid-May, as it appears likely to do, she will be suspended from her job and her vice president-turned-nemesis, Michel Temer, will take over.

Rousseff, whose popularity has nosedived to around 10%, was booed at the opening of the World Cup when Brazil hosted it in 2014. Temer, who is almost equally unpopular, could suffer the same fate at the Olympics.

The international community may also give him the cold shoulder amid what Rousseff has denounced as a "coup," said political analyst Michael Mohallen.

"It`s likely many world leaders won`t want to come to the Games," he said.

Will protests distract from the Games?

Rousseff`s supporters have vowed to take their fight to the streets if an impeachment trial is opened, raising the specter of a repeat of the huge protests in 2013 that largely overshadowed the Confederations Cup, a World Cup warm-up tournament.

Already, the protests for and against Rousseff that have swept the country in recent months have all but drowned out preparations for the Olympics. Rousseff`s Workers` Party is unlikely to call for protests, since it was sharply critical of the demonstrations against the World Cup, said Mohallen.

But social movements on the far left will hold protests "whether Dilma is in power or not," and will condemn a "coup" if she is impeached in the Senate, he said.

The corruption scandal rocking Brazil is centered on state oil company Petrobras. The country`s largest construction firms are accused of bribing corrupt Petrobras execs and politicians to let them overbill the company by billions of dollars on contracts.

Investigators recently said they suspect the country`s biggest construction firm, Odebrecht, paid bribes for Olympic projects too, including the expansion of the Rio subway. Other firms caught up in the Petrobras scandal were also major players in building the Olympics venues and infrastructure.

The Rio city council is due to launch a commission to investigate suspected fraud on the projects, including in the construction of a cycling path that collapsed Thursday, killing two people.

Sports law professor Pedro Trengrouse, a UN adviser during the World Cup, called on the IOC not to "turn a blind eye to this, because it`s at the heart of the ethical and moral values that sport should uphold."

Brazil`s economy shrank 3.8% last year, its worst recession in 25 years. The International Monetary Fund and the market are predicting a similar contraction this year.

The economic crisis has hit hard in Rio de Janeiro state, where police and other government workers` paychecks have been delayed because of the cash crunch. Retirees have protested because of unpaid pensions.

Interim governor Francisco Dornelles called the situation "tragic." The state government blames falling oil prices and the paralysis caused by the scandal at Petrobras, which is headquartered in Rio. But it has promised to pay all its bills.

Adding to the gloomy outlook, more than 30,000 workers on the Olympic construction projects will soon be out of a job, pushing up a once-stable unemployment rate that has been steadily creeping higher, to 6.8 percent at the end of last year.

Amazon rainforest may collapse within decades if critical point is reached: Study

India may step up oil imports from Brazil, Mexico