What's next in historic Donald Trump impeachment week: All you need to know

Trump, on the campaign trail, is predicting the impeachment firestorm will lead to his re-election in 2020. 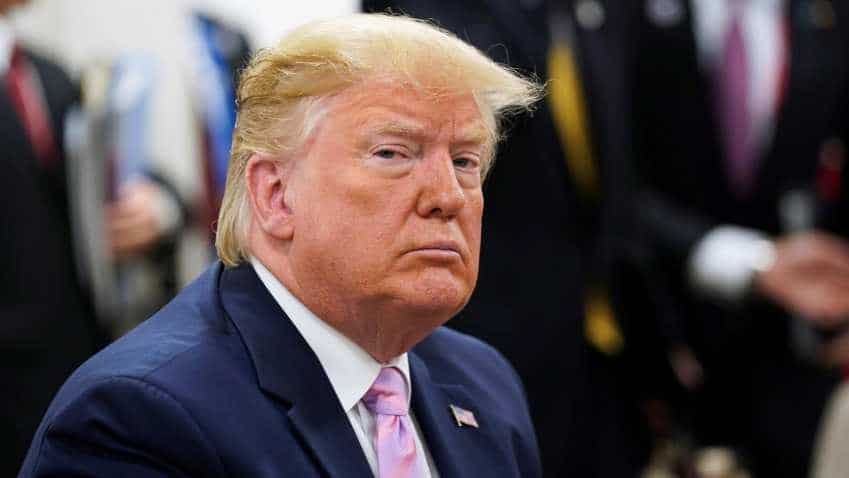 Trump, on the campaign trail, is predicting the impeachment firestorm will lead to his re-election in 2020: Source; Reuters
Written By: IANS
RELATED NEWS

Donald Trumps impeachment chaos is racing towards its first official stain this week as the Democrat-controlled House is all set to vote on Wednesday on the US Presidents impeachment after spending the past three months investigating his pressure campaign on Ukraine, which they claim draws a straight line between the White House and "high crimes and misdemeanours" - a high water mark for impeaching an American President. Trump, on the campaign trail, is predicting the impeachment firestorm will lead to his re-election in 2020. Twenty-one years ago this same week in a far less partisan era, a Republican-led House approved two impeachment articles against Democrat President Bill Clinton.

Analysts are predicting that the scrunched timeline that the Democrats are planning will likely end in an acquittal for Trump with plenty of time left - nine months before the next presidential election in November 2020.

The final impeachment vote comes just as politicos are preparing to go home for the holidays and nearly all polls say that US is split exactly down the middle on the impeachment question. On the other side awaits a Senate trial in 2020 which is the real decider.

After two days of acrimonious debate strictly along party lines, the House has approved two articles of impeachment against Trump -- abuse of power and obstruction of Congress. Within the first three of the nine pages in their articles of impeachment, Democrats make the case that Trump betrayed the US by pressurising Ukraine, a vulnerable political ally, to investigate his rivals for personal political gain and also "suspended" nearly $400 million of taxpayer funded military aid which Trump allegedly conditioned on deliverables from Ukraine.

In a longer 650 page report, the House Judiciary Committee said that Trump "betrayed the nation by abusing his high office to enlist a foreign power in corrupting democratic elections". "Trump, by such conduct, has demonstrated that he will remain a threat to national security and the Constitution if allowed to remain in office," said the report.

Debate rules for the impeachment vote on Wednesday will be set on Tuesday. No Republicans have yet signalled that they will support the impeachment House vote. Instead, it looks likely that some Democrats from may swing right and vote against the articles. After the vote, Speaker Nancy Pelosi is tipped to name impeachment managers who will prosecute the case. Latest reports suggest that these managers will be less than 13 in all, drawn from safe Democratic strongholds and diverse in race and gender. Back during the Clinton impeachment trial, Republicans had 13 managers.

If the House impeaches Trump, the action moves to a Senate trial with the Chief Justice of the US Supreme Court presiding. Senators also set the rules for the trial. There, a two-thirds majority vote is mandatory to convict and remove a president - something that`s never happened yet in American political history.

To convict Trump, Democrats need to peel away 20 Republican senators, assuming all 45 Democrats and two independents vote against Trump. If Trump is acquitted, the trial ends and he remains in office. If he is convicted, Vice President Mike Pence takes over, without any gap. Meanwhile, Trump continues to stick to his playbook. "The Impeachment Hoax is the greatest con job in the history of American politics," he tweeted Monday.