What is coronavirus? How serious is the Coronavirus outbreak? Here is all you need to know. 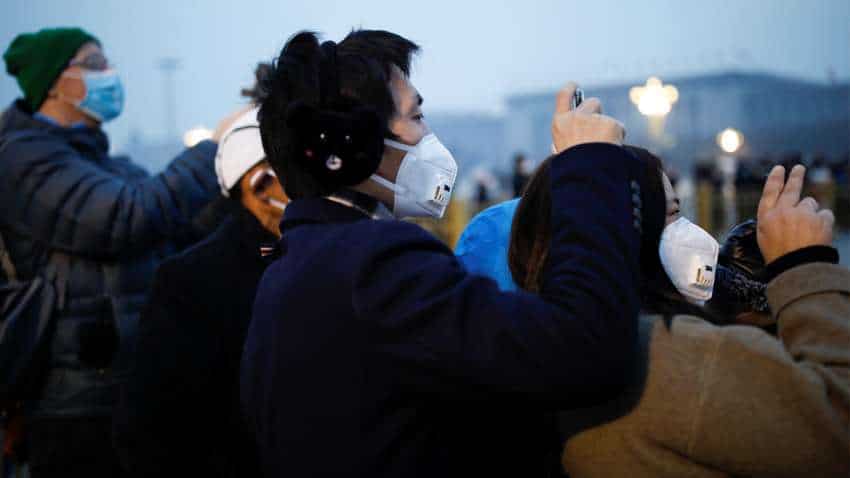 As many as 80 deaths have been reported in China due to the outbreak of a new coronavirus in the central city of Wuhan. Source - Reuters.
Written By: Manas Tiwari
Edited By: Harish Dugh
RELATED NEWS

As many as 80 deaths have been reported in China due to the outbreak of a new coronavirus in the central city of Wuhan. A total of 2,744 cases have been reported as of Monday forcing a government lockdown in more than a dozen cities with a population of 56 million people affected. The World Health Organisation has also admitted an error in its assessment of the global risk of the virus, saying it was "high" and not "moderate". It said that the risk was "very high in China, high at the regional level and high at the global level."

What is coronavirus? Coronavirus Symptoms

According to WHO, coronaviruses are a family of viruses that cause illness ranging from the common cold to more severe diseases such as Middle East Respiratory Syndrome (MERS) and Severe Acute Respiratory Syndrome (SARS). The virus has its origins in animals and spreads to humans and the latest outbreak in China is believed to have spread because of the same reason.

Coronavirus gets its name from Latin word corona, meaning crown or halo. Under an electron microscope, the image of the virus is reminiscent of a solar corona. Several people infected in China were either working or frequently shopped in the Huanan seafood wholesale market in the centre of the Chinese city. The market sells live and newly slaughtered animals. Some scientists have said that this Coronavirus has its origins in snakes.

How serious is the Coronavirus outbreak?

Last week, WHO stopped short of declaring the novel Coronavirus a public health emergency of international concern - a rare designation used only for the most severe outbreaks that could trigger more concerted global action. "This is an emergency in China, but it has not yet become a global health emergency," said WHO chief Tedros Adhanom Ghebreyesus, who is visiting China this week.

Which countries have been affected?

What is the government doing?

The Chinese government is under immense pressure as thousands of foreigners, including a few hundred Indians, mostly students, are stuck in Wuhan city which is under lockdown. The government has allowed US to airlift its Wuhan-based diplomats and Americans citizens as people from other countries are also asking for permission to leave.

What is Indian government doing?

The Indian government has stepped up vigil in areas bordering Nepal in view of a confirmed case of novel coronavirus detected there. No case of novel coronavirus infection has been detected in the country so far. However, the Union Health Ministry on Monday said that teams of healthcare professionals have been deployed in West Bengal's Panitanki and Uttarakhand's Jhulaghat and Jauljibi in Pithoragarh district, bordering Nepal.

The Uttar Pradesh government has also asked its officials to set up 10-bed isolation wards in every district hospital and medical college of the state as a precautionary measure to deal with any suspected case of coronavirus, an official statement said.