Xiaomi Corp is using a range of $55 billion to $70 billion in its discussions with potential cornerstone investors ahead of the planned launch of its Hong Kong initial public offering (IPO) later this week, three sources said. 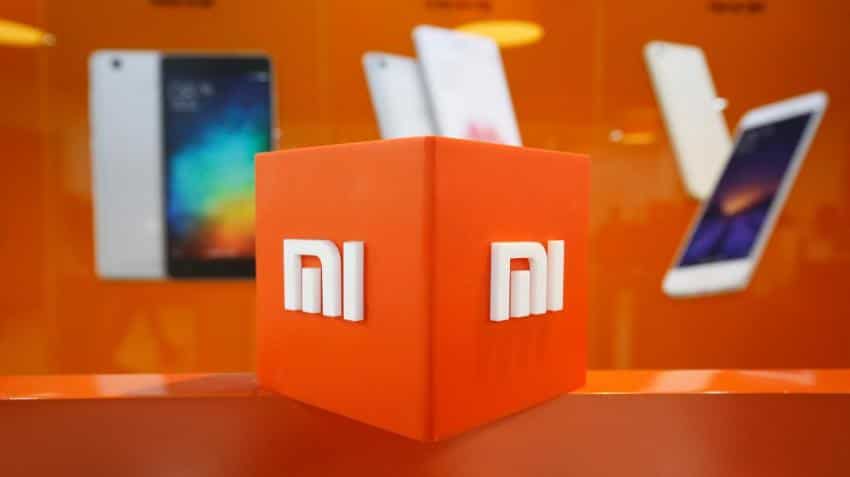 Xiaomi has lowered its likely valuation to between $55 billion and $70 billion. Image source: Reuters
Written By: Reuters
RELATED NEWS

Chinese smartphone maker Xiaomi has lowered its likely valuation to between $55 billion and $70 billion following its decision to delay its mainland share offering until after its Hong Kong IPO, three sources with direct knowledge of the matter said.

The delay was triggered by a dispute between the company and regulators over the valuation of its China depositary receipts (CDRs), sources said, casting doubt on Beijing`s efforts to lure foreign-listed Chinese tech giants back home.

Xiaomi Corp is using a range of $55 billion to $70 billion in its discussions with potential cornerstone investors ahead of the planned launch of its Hong Kong initial public offering (IPO) later this week, three sources said.

The sources declined to be named because the discussions were not public. Xiaomi did not immediately respond to a request for comment on the valuation.

The new valuation is far below the $100 billion touted by sources earlier this year and below the more recent floor price of $70 billion that the company and its advisers had informally used as guidance for investors.

Pre-IPO research from its sponsoring banks valued the group at between $65 billion and $86 billion, Thomson Reuters` IFR reported last week.

The company said it was asking regulators to postpone its application to sell CDRs, but gave no reason for the decision.

"After iterative, careful research, the company has decided to implement its Hong Kong and mainland IPO in a measured way," Xiaomi said in a post on its Weibo account.

"We`ll list in Hong Kong first, before going public on the mainland through the CDR."

Beijing-based, Cayman-domiciled Xiaomi had been expected to raise up to $10 billion, split between its Hong Kong and mainland offerings in one of the biggest tech floats worldwide in recent years. Two sources said it was looking to sell about 10 percent of its enlarged capital in the Hong Kong offering.

The delay to its CDRs is a blow for Chinese officials, who have designed the offerings as a means for China to compete globally for major tech listings and give mainland investors access to its tech champions.

In Xiaomi`s case, officials from the China Securities Regulatory Commission (CSRC) wanted the CDRs to be priced below the level the company was targeting, according to two sources.

Commission officials were concerned that a too-high valuation would lead to poor performance in the secondary market, damping investor enthusiasm for future CDR sales, the sources said.

Xiaomi executives on the other hand were looking for a high mainland price to help generate excitement among Hong Kong investors, whose tranche was expected to debut the day after the CDRs went public.

CSRC officials did not respond to requests for comment.

Xiaomi was set up in 2010 and doubled its smartphone shipments in 2017 to become the world’s fourth-largest maker, according to Counterpoint Research, defying a global slowdown in smartphone sales.

Its listing has come at a delicate time for China`s stock markets, with the CSI 300 index of the country`s top blue-chips falling 4.3 percent this month and 10.9 percent this year amid fears of a trade war with the United States.

"The China stock market is so fragile," said David Dai, general manager of Shanghai Wisdom Investment Co Ltd, a hedge fund. "I think Xiaomi is worried about its valuation, and is considering a China listing at a better time."

The government needed to stabilise the market if it wanted to preserve its ability to raise capital for companies, he added.

Xiaomi is still expected to go ahead with its Hong Kong listing, which it plans to kick off later this week. The exact size of the Hong Kong deal is not yet clear, said the sources.

CDRs were due to account for around half of the combined Hong Kong and mainland issuance, Xiaomi said last week.

Difficulties with finalising the details of CDR rules and scheduling issues also contributed to the delays, sources said.