Germany, Europe`s largest economy, is heavily dependent on international trade and as such has a big interest in preserving the integrity of global multilateral systems that are now confronted by Trump`s `America First` approach. 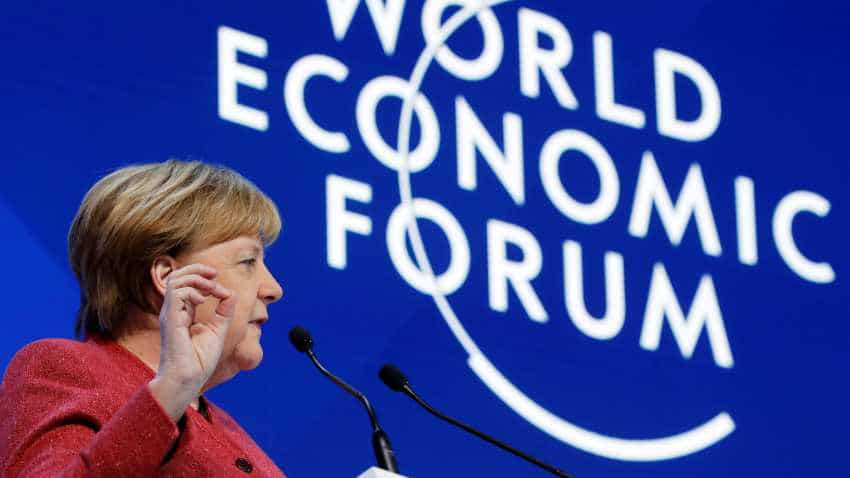 Global organisations such as the International Monetary Fund and the World Bank must be reformed to restore confidence in the global financial system, Merkel said. Image source: Reuters

German Chancellor Angela Merkel delivered a robust defence of the post-war multilateral order on Wednesday, lauding compromise as a virtue in international relations in a veiled criticism of U.S. President Donald Trump. In an address to global political and business leaders in Davos, Merkel urged Western powers to think beyond their narrow national interests and to reform global institutions with a view to achieving "win-win" outcomes.

Germany, Europe`s largest economy, is heavily dependent on international trade and as such has a big interest in preserving the integrity of global multilateral systems that are now confronted by Trump`s `America First` approach.

"(The Western world) has to act against the fragmentation of the international architecture, and be ready to reform the existing institutions," Merkel said in her address to the World Economic Forum in Davos, Switzerland.

"I think we should understand our national interest in a way that we think about the interests of others and from that create win-win situations that are the precondition for multilateralism," she added.

Global organisations such as the International Monetary Fund and the World Bank must be reformed to restore confidence in the global financial system, Merkel said.

"For a long time emerging countries like China and India influenced the world economy in a very strong way and when an existing system takes too long to react the consequences are that others (countries) make themselves noticeable through new institutions," she added.

Chancellor for 13 years, Merkel is trying to defend a western alliance shaken by Trump`s presidency, and bind together a European Union in which Germany has forged its post-war identity but which is being tested by Brexit and nationalism.

She was dubbed the `liberal West`s last defender` when Trump succeeded Obama - a moniker she has dismissed.

Merkel said Europe was on a path with no guarantee of success as it faced the economic forces of the United States and China, adding: "We are seeking allies who share our values."

"We see today how economic strength is effective," she said, pointing to sanctions on Iran and the effectiveness of U.S. foreign policy. "This is due to the strength of the dollar as a currency."

"Then the question arises: how can we in the euro zone become as dominant? How can we arrange it so that we have economic weight on the scales... you have to be economically strong to assert yourself."