Warren Buffett will host Berkshire Hathaway annual shareholders meeting in Omaha on Saturday, where 40,000 Berkshire shareholders will arrive to hear the Oracle of Omaha detailing the Berkshire's quarterly earnings report. 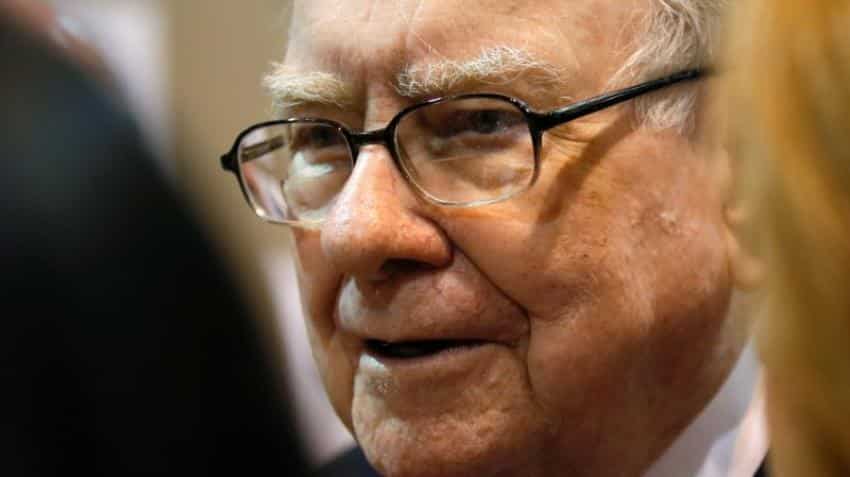 Right after Apple, world's largest company in terms of market value, reported a stellar set of numbers for the March quarter, famed investor Warren Buffett revealed he had increased his holdings in the technology firm back in the first quarter of calendar year 2018. This adds up to the 165.3 million shares Berkshire already owned at the end of 2017. Berkshire Hathaway bought 75 million additional Apple shares in the first quarter, CEO Warren Buffett told CNBC on Thursday.

"If you look at Apple, I think it earns almost twice as much as the second most profitable company in the United States." CNBC quoted Warren Buffett as saying. Apple stake in Buffett-owned Berkshire increased by about 23 per cent since the end of September to roughly 165.3 million shares worth $28 billion.

The iPhone maker is now the biggest holding in the Berkshire portfolio. Berkshire's 3.3 per cent stake in Apple is worth more than its positions in Wells Fargo, Bank of America, Kraft Heinz and Coke.

Meanwhile, Buffett will host Berkshire Hathaway annual shareholders meeting in Omaha on Saturday, where 40,000 Berkshire shareholders will arrive to hear the Oracle of Omaha detailing the Berkshire's quarterly earnings report.

Apple earlier this week reported a strong set of numbers, beating revenue and profit expectations for the March quarter of financial year 2017-18. The IT firm registered resilient iPhone sales despite fears of waning global demand and also announced $100 billion in additional stock buybacks.

Apple posted revenue for its March quarter of $61.1 billion, an increase of 16 per cent from $52.9 billion last year. Wall Street expected $60.8 billion, according to Thomson Reuters. Apple also predicted revenue of $51.5 billion to $53.5 billion in the June quarter, ahead of the $51.6 billion.