Warren Buffett has just made a remark on Bitcoin, and you must read it

Is Warren Buffett making a case to shun Bitcoins altogether? Well, he rather seems to want investors to understand the difference between speculation and investment and thus protect their capital against 'gambling' or risking it being mindful of the extent of risk. 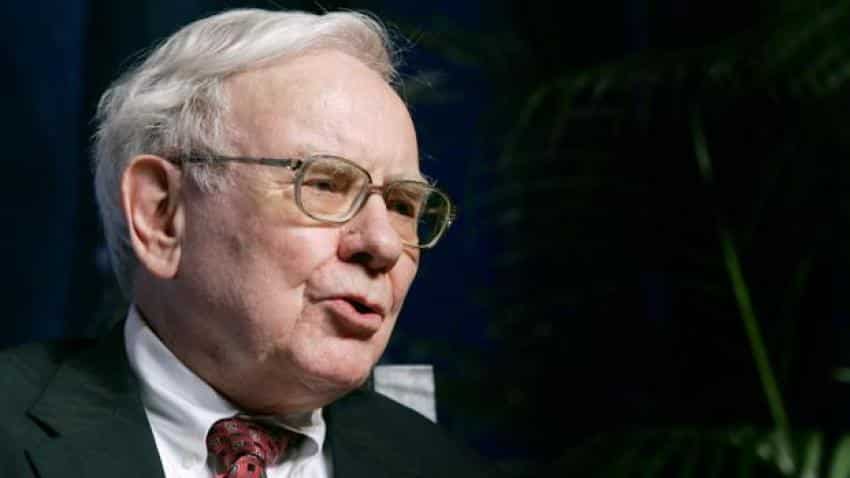 Are you still invested in Bitcoins, and 30 per cent surge in this cryptocurrency in April is making you merry? If, yes, then you better listen to what highly regarded investor Warren Buffett has to say about cryptocurrencies. Not very long ago, Warren Buffett had clearly stated that Bitcoins will come to a bad end, he held on to his view and explained on Monday how investing in Bitcoins is pure gambling. The Berkshire Hathaway CEO urged investors to not confuse speculation with investment.

"There’s two kinds of items that people buy and think they’re investing. One really is investing and the other isn’t," said the Oracle of Omaha in an interview with Yahoo Finance.

Explaining why Bitcoin is not an investment, he said, "if you buy something like a farm, an apartment house, or an interest in a business… You can do that on a private basis… And it’s a perfectly satisfactory investment. You look at the investment itself to deliver the return to you. Now, if you buy something like bitcoin or some cryptocurrency, you don’t really have anything that has produced anything. You’re just hoping the next guy pays more."

“You aren’t investing when you do that. You’re speculating. There’s nothing wrong with it. If you wanna gamble somebody else will come along and pay more money tomorrow, that’s one kind of game. That is not investing,” said the billionaire CEO.

Is Buffett making a case to shun Bitcoins altogether? Well, he rather seems to want investors to understand the difference between speculation and investment and thus protect their capital against 'gambling' or risking it being mindful of the extent of risk.

Buffett has several times expressed his doubts over Bitcoin and other cryptocurrencies. In 2014, Buffett called Bitcoins a 'mirage' and suggested buyers to stay away from it. In January this year, he outright said he will never invest in cryptocurrencies.

“I can say almost with certainty that cryptocurrencies will come to a bad end,” Buffett told CNBC in an interview in January.

On Tuesday, Bitcoin was hovering around $9000, down 3 per cent against the previous day's close.