An anonymous bidder has agreed to pay a record $4,567,888 at an annual charity auction to have a private lunch with Warren Buffett, the billionaire chairman of Berkshire Hathaway Inc. 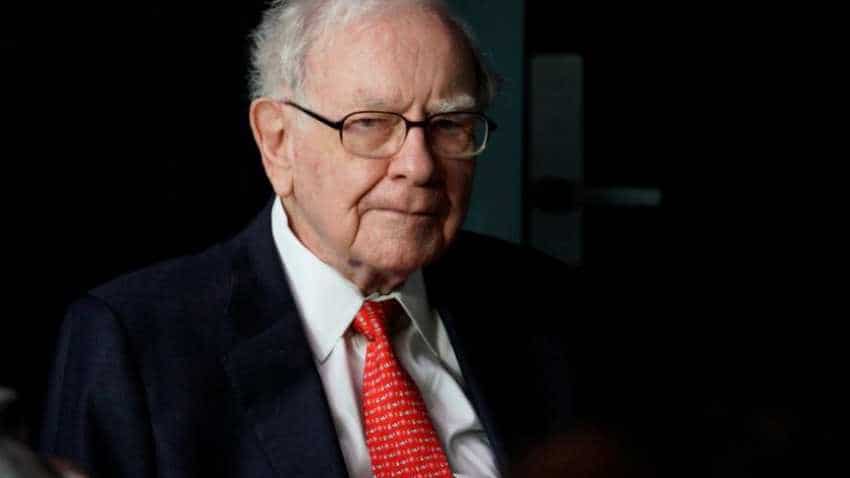 An anonymous bidder has agreed to pay a record $4,567,888 at an annual charity auction to have a private lunch with Warren Buffett, the billionaire chairman of Berkshire Hathaway Inc. The winning bid, which was submitted during a five-day online auction on eBay that ended Friday night, was nearly one-third higher than the previous record $3,456,789 bids in both the 2012 and 2016 auctions.

Proceeds benefit the Glide Foundation, a charity in San Francisco`s Tenderloin district that serves the poor, homeless or those battling substance abuse. Buffett, 88, has raised about $34.2 million for Glide in 20 annual auctions, which began in 2000 and moved to eBay in 2003.  His first wife Susan, who died in 2004, introduced him to Glide after volunteering for the charity.

"Mr. Buffett is thrilled. We just spoke with him," Glide President Karen Hanrahan told Reuters after the auction ended. "Mr. Buffett is committed to continuing the auction as long as he`s able. He has been a thought partner in thinking through Glide`s future, and how to set it up for the next 50 years." The winning bidder and up to seven friends can dine at the Smith & Wollensky steakhouse in Manhattan with Buffett, who says he will discuss anything apart from his next investments.

This year`s auction drew 18 bids from five bidders. The top bid would also be enough to buy 15 Class A or 23,137 Class B shares of Omaha, Nebraska-based Berkshire, whose more than 90 businesses include auto insurer Geico and BNSF railroad.

"What it means to us as an organization: It`s huge," Hanrahan said, referring to the auction. "It`s going to help many many thousands of people in this city."