Warren Buffett big life lessons that involve Donald Trump; it also has a message for you

Warren Buffett quotes: Oracle of Omaha says he has seen more people fail because of liquor and leverage – leverage being borrowed money than anything else. 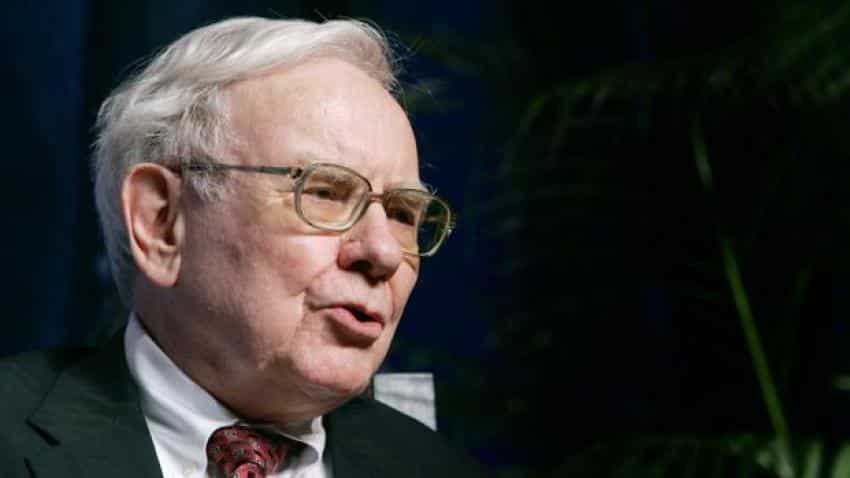 Warren Buffett quotes: Borrowing money is a way of trying to get rich a little faster, but there are plenty of good ways to get rich slowly. Image source: Reuters

Warren Buffett quotes: That the ace investor, also known as Oracle of Omaha, is critical of US President Donald Trump is well-known, but not many know that it goes way back to 1991. Teaching financial and life lessons to undergraduate students at Notre Dame, the Oracle of Omaha pointed out at Trump's leverage problem and advised not going about doing business the way he did.

Replying to a student's question about Trump's business troubles in 1990, Warren Buffett exclaimed, "Where did Donald Trump go wrong? The big problem with Donald Trump was he never went right".

"He basically overpaid for properties, but he got people to lend him the money. He was terrific at borrowing money. If you look at his assets, and what he paid for them, and what he borrowed to get them, there was never any real equity there. He owes, perhaps, $3.5 billion now, and, if you had to pick a figure as to the value of the assets, it might be more like $2.5 billion," he said according to a transcript published by former hedge fund manager Whitney Tilson.

Buffett further said that he has seen more people fail because of liquor and leverage – leverage being borrowed money than anything else.

Warren Buffett has often explained why doing business or investing money on leverage is not a good idea.

"There is simply no telling how far stocks can fall in a short period. Even if your borrowings are small and your positions aren't immediately threatened by the plunging market, your mind may well become rattled by scary headlines and breathless commentary," he said in his latest letter to Berkshire shareholders.

"When major declines occur, however, they offer extraordinary opportunities to those who are not handicapped by debt," Buffett added.

In an interview to a TV channel, Warren Buffett said, "Borrowing money is a way of trying to get rich a little faster, but there are plenty of good ways to get rich slowly. And you can have a lot of fun while you're getting rich as well. My partner, Charlie, says that there's only three ways that a smart person can go broke: liquor, ladies and leverage."