Wall Street weighed down as Apple fails to impress 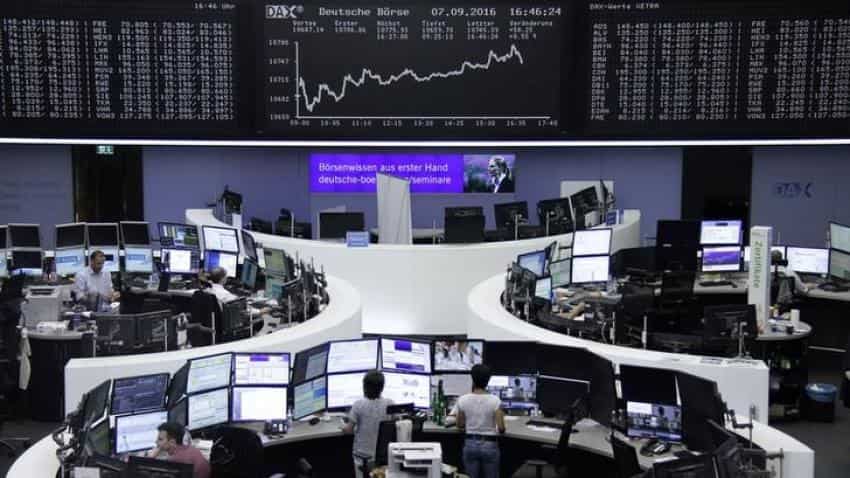 Traders work at their desks in front of the German share price index, DAX board, at the stock exchange in Frankfurt. Image Source: Reuters
Written By: Reuters
RELATED NEWS

Apple weighed on US stocks on Thursday, a day after the tech giant unveiled the new iPhone 7 that failed to impress Wall Street.

Apple fell 2.3% to $105.82, its steepest decline since June 24 when Britain's vote to leave the European Union (EU) unleashed a massive selloff.

The world's most valuable public company also said it would not release first-weekend sales of the new iPhone, limiting analysts' early visibility into the popularity of the product.

The S&P 500 information technology index fell 0.85% and was the biggest loser among the benchmar's 10 major sectors.

Crude prices rose 3.65% after inventory data showed a surprisingly large drawdown in crude stocks. While the report powered the S&P energy index to trade at a more than 10-month high, it did little to limit losses on the broader US indexes.

US stocks have been trading in a tight range in recent months, even as they hover near record levels, due to growing uncertainty over interest rates.

The S&P 500 index has not moved more than 1% in either direction on a daily basis since July 8.

Seven of the 10 major S&P 500 indexes were lower, while healthcare and financials eked small gains.

Tractor Supply was the biggest percentage loser on the S&P, falling 16.4% after the home improvement and pet care products retailer lowered its full-year forecast.