Wall Street Weekahead: Investors are gearing up for the year`s record-breaking pace of corporate bond issuance to continue in the coming week, even after the US Fed rattled nerves at its September meeting with a gloomier-than-expected economic outlook. 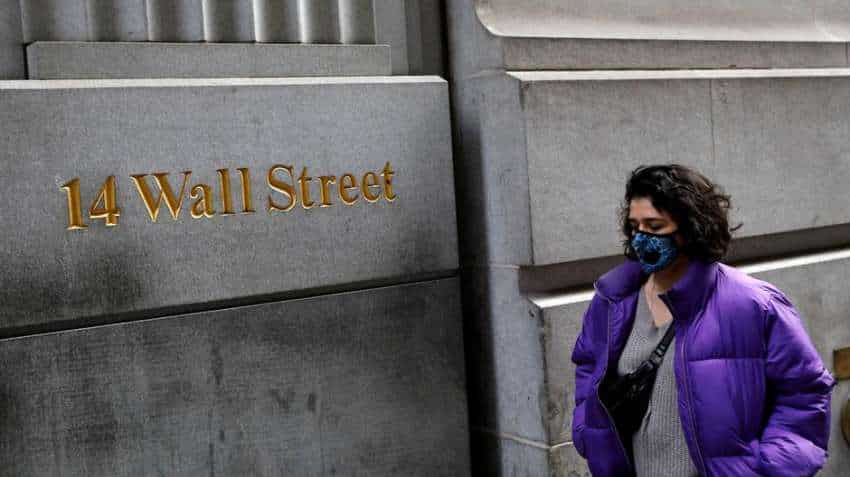 Demand is likely to stay elevated in the next few weeks, investors said, as historically low rates continue to drive a hunt for yield despite a cluster of economic and political concerns. Photo: Reuters
Written By: Reuters
RELATED NEWS

Wall Street Weekahead: Investors are gearing up for the year`s record-breaking pace of corporate bond issuance to continue in the coming week, even after the U.S. Federal Reserve rattled nerves at its September meeting with a gloomier-than-expected economic outlook. The past week has seen roughly $42 billion of high-grade debt come to market in 39 deals, most of which were small and offered by first-time issuers.

"I would expect next week to be similar," said Monica Erickson, portfolio manager, global developed credit, at DoubleLine.

The breakneck pace of fresh issuance illustrates how the Fed`s late March pledge to backstop credit markets and its policy of holding interest rates near zero have spurred borrowing by corporations this year. Companies had already issued $1.7 trillion in debt through the end of August, according to SIFMA, compared with $944 billion in the same period last year.

Demand is likely to stay elevated in the next few weeks, investors said, as historically low rates continue to drive a hunt for yield despite a cluster of economic and political concerns. Those include the Fed`s downbeat economic projections as well as worries over waning fiscal support and potential uncertainty around the U.S. presidential election.

"You have low interest rates, you have tight credit spreads: If I`m an issuer, I`m going to issue as much as humanly possible because it`s cheap debt," said Nick Maroutsos, head of global bonds at Janus Henderson Investors. "That demand is there because people are craving any sort of return."

Just over $18 billion in high-yield debt had priced in the week through mid-morning Friday, with two more deals in the pipeline from Aetheon United and PM General Purchaser, according to IFR Refinitiv. IFR`s data showed that Friday`s issuance was expected to drive the year-to-date total over $337 billion, past the previous annual record of $332 billion set in 2012.

Jason Vlosich, head fixed income trader at Brown Advisory, said he expects an additional $40 billion or so in new investment-grade deals through the end of the month. Bank of America in August forecast that this month`s investment-grade issuance was likely to be between $120 billion and $140 billion. September issuance stood at about $115 billion on Friday, according to Refinitiv IFR.

In the coming week, investors will be watching earnings reports from Jefferies Financial Group , which is typically seen as a preview of what`s to come from Wall Street banks, Nike , cruise line Carnival and retailers including Rite Aid and Costco . The economic data calendar is comparatively light, with Markit`s Purchasing Managers` Index on Wednesday and weekly jobless claims on Thursday.

In a break with recent trends, about 50% of new investment-grade debt in 2020 has been issued to pay off or refinance existing debt, versus the 20% or 30% that is typical, said Erickson.

"Companies will come to market and buy back higher-priced debt just to lower their interest expense."

As a result, a slowdown in M&A and share buybacks - expected to continue through the end of the year - is less likely to dent issuance.

Several factors could potentially slow the pace of corporate debt offerings, investors said. Junk-rated issuers could have trouble accessing the market if it appears the nascent U.S. recovery is flagging, Vlosich said.

Since many big name investment-grade companies have already come to the market this year, the remainder of 2020 could mean smaller, lesser-known companies dominate issuance, resulting in lighter volumes. An uptick in Treasury yields could also diminish the allure of corporate debt, which is seen as a far riskier investment.

For now, however, the intense demand for higher yielding debt remains in place.

Flows into both high-yield and investment grade funds rose in the last week and are up 45% and 18% respectively since the start of April, according to Lipper.