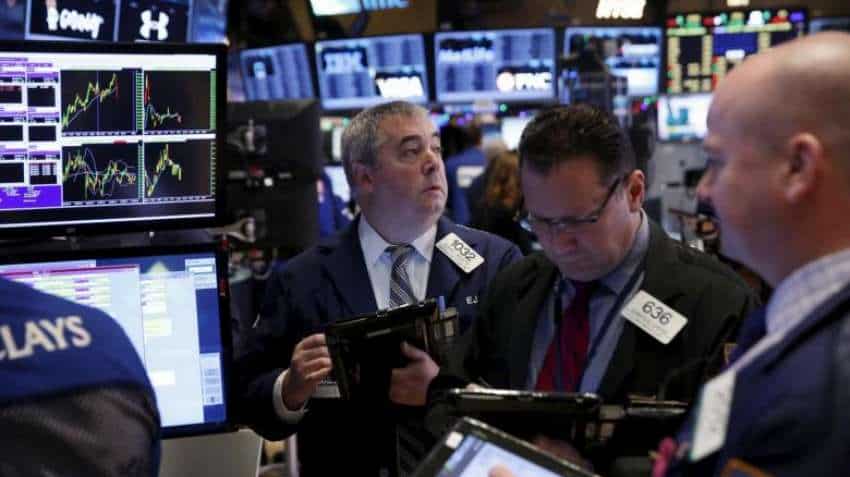 U.S. stocks fell on Thursday, with the Dow slumping for an eighth straight decline as industrials wobbled again on trade war concerns while Amazon and other online retailers weakened after a U.S. Supreme Court ruling on state sales tax collection.

Big U.S. manufacturers and automakers were under pressure after Germany’s Daimler (DAIGn.DE) cut its 2018 profit forecast and BMW (BMWG.DE) said it was looking at “strategic options” because of a trade war between the United States and China.

Caterpillar (CAT.N) lost 2.52 percent and Boeing (BA.N) fell 1.5 percent, with the S&P industrials .SPLRCI off 1.19 percent and on track for their seventh fall in eight sessions.

“It leads to lack of confidence in the (Trump) administration’s ability to push its economic agenda forward,” said Phil Blancato, CEO of Ladenburg Thalmann Asset Management in New York.

“If confidence is waning because of immigration and tariffs, those two things are putting pressure on the market.”

The Trump administration on Wednesday reversed an administration policy that separated children and parents who entered the country illegally at the U.S.-Mexico border.

“You have seen the tug of war as far as investors are concerned with the trading ranges since the announcement. It would appear it is still to be determined the absolute level of ramifications,” said Eric Wiegand, senior portfolio manager at U.S. Bank Private Wealth Management in New York.

Intel (INTC.O) also weighed heavily on the S&P 500, down 2.4 percent after Chief Executive Officer Brian Krzanich resigned following a probe that revealed a past consensual relationship with an employee violated company policy.

The Dow index is heavily affected by industrial companies, and trade concerns pushed it into negative territory for the year earlier this week, with the index on pace for its eighth straight decline.

Energy .SPNY was the worst-performing sector, down 1.93 percent as oil prices fell ahead of a meeting of the Organization of the Petroleum Exporting Countries, where producers are expected to boost output.

Declining issues outnumbered advancing ones on the NYSE by a 2.29-to-1 ratio; on Nasdaq, a 2.58-to-1 ratio favored decliners.

About 6.87 billion shares changed hands on U.S. exchanges, compared with the 7 billion daily average over the last 20 sessions.