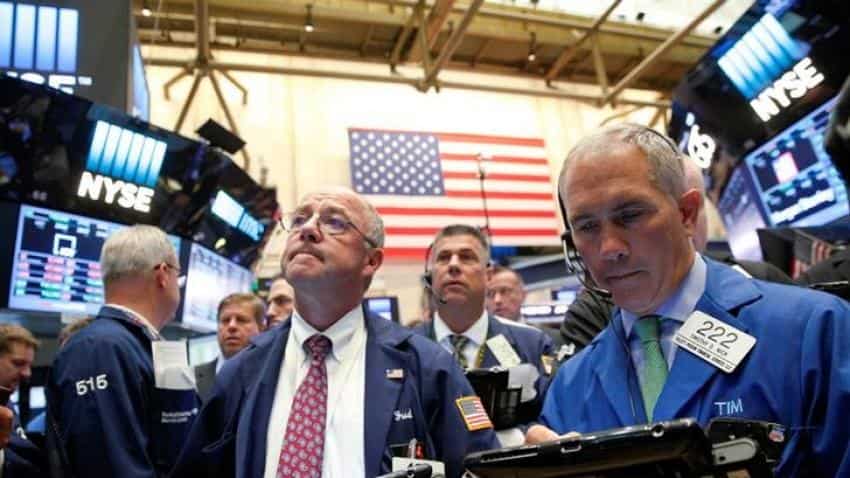 Traders work on the floor of the NYSE. Image Source: Reuters
Written By: Reuters
RELATED NEWS

US stocks looked set to open higher as investors saw little room for the US Federal Reserve to raise interest rates in a two-day meeting starting on Tuesday.

Investors are also watching the Bank of Japan's (BoJ) meeting which starts on Tuesday. Investors have little clue of what path the central bank could take to achieve its 2% inflation target.

The doves in the Fed are most likely to rule over the hawks who support higher rates in the near term, but investors are looking for their comments for clues about a likely hike in December.

Recent data that pointed to a slowdown in job growth and weak retail sales has led traders to price in a mere 15% chance for a rate hike by Wednesday.

The markets have oscillated since September 9 as investors second-guessed the Fed's intention following a series of contrasting comments from its officials.

Wall Street whipsawed on Monday before ending flat as a decline in Apple rubbed the shine from gains in big banks.

"Investors are holding vigil before the Bank of Japan (BoJ) and the Federal Reserve's announcements on Wednesday and I think everything stays quiet until then," said Peter Cardillo, chief market economist at First Standard Financial in New York.

The dollar index and the yen were trading little changed on Tuesday, while gold prices rose slightly.

Shares of Lennar were up 2.75% at $46.33 in light premarket trading after the homebuilder reported higher-than-expected profit and revenue for the third quarter.

Sarepta Therapeutics rose 4.8% to $51.30 after Cowen & Co upgraded the drugmaker's stock to "outperform".