Global markets came under pressure last week as the United States and China threatened each other with tens of billions worth of tariffs. Investors remained on edge as they feared protectionist measures would hit global economic growth. 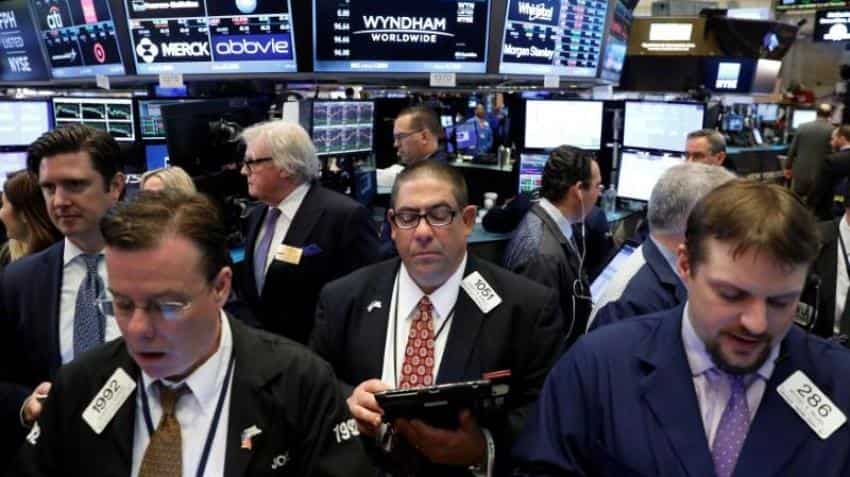 Wall Street rebounded from last week’s trade tariff driven selloff to open higher on Monday, taking comfort in comments from the Trump administration officials who stressed the trade dispute with China could be resolved through talks. The week also marks the start of earning season with big US banks such as JPMorgan Chase, Citigroup and Wells Fargo set to report first-quarter results on Friday.

Investors expect tax cuts to help corporate America show its biggest quarterly profit growth in seven years. Global markets came under pressure last week as the United States and China threatened each other with tens of billions worth of tariffs. Investors remained on edge as they feared protectionist measures would hit global economic growth.

But Trump’s Chief Economic Adviser Larry Kudlow said in an interview on Sunday the ongoing spat “might turn out to be very benign”.

Trump echoed Kudlow’s sentiment in a Twitter post that said any tariffs would be reciprocal and that he saw a “Great future for both countries!”

“One of the reasons why we’re seeing quite a strong rally at the opening is that the administration over the weekend, including Mr Trump, basically tried to deflate the fears of a trade war,” said Peter Cardillo, chief market economist at First Standard Financial in New York.

“It appears the market has entered into a trading range and is basically fluctuating ahead of the earnings season.”

Ten of the 11 major S&P sectors were higher and 28 of the 30 Dow components were in the positive territory. Boeing was the biggest to the Dow, while gains in Apple shares (AAPL.O) led the gainers on the S&P 500.

Shares of Leucadia National climbed 7.5 percent after the company said it would sell most of its non-financial assets to focus on investment banking and capital market businesses.

General Motors was up 1 percent after Morgan Stanley raised it to “overweight”.

U.S. will accept mixed doses of vaccines from international travelers