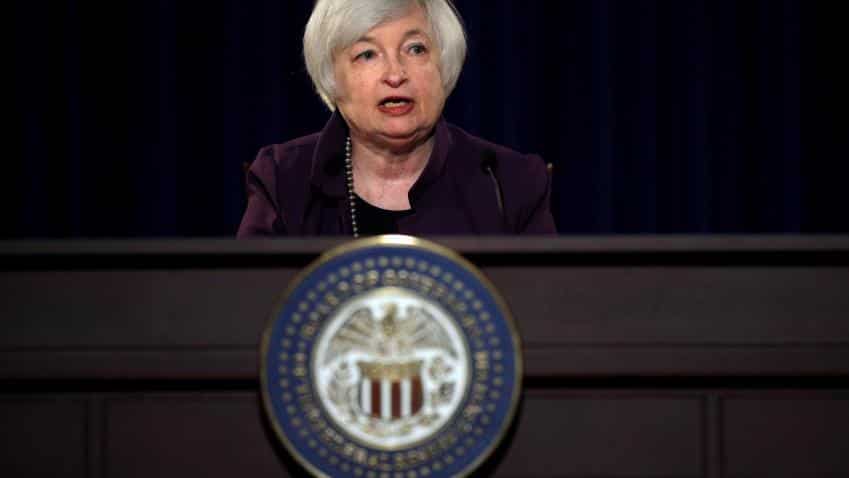 Wall Street was little changed on Wednesday morning as investors played a waiting game ahead of Federal Reserve Chair Janet Yellen`s speech on Friday for clues on the timing of an interest rate hike.

Yellen`s keynote speech will be the main focus of a meeting of global central bankers in Jackson Hole, Wyoming. The meet, which starts Thursday, has traditionally been used by Fed chiefs as a platform to signal the direction of monetary policy.

Recent hawkish comments from some Fed officials, including Vice Chairman Stanley Fischer, have raised expectations that Yellen might signal the possibility of a hike in September.

Wall Street has been on a record-setting run due to continued expectations for low rates, coupled with upbeat corporate earnings and strong economic data.

But, trading volumes have been below average in the past few sessions as the earnings season winds down and as traders avoid major bets ahead of a firmer handle on monetary policy.

"This is going to be a lackluster drift upwards, with perhaps some stocks that have really run-up being the targets for some profit-taking," said Kim Forrest, senior equity research analyst at Fort Pitt Capital Group in Pittsburgh.

The index`s 0.82 percent risen this year is the smallest among the sectors as the Fed backtracked on the number and timing of rate hikes for the year.

That, in part, has helped defensive sectors enjoy strong gains this year. The utilities and consumer staples were among the decliners on Wednesday.

Apple fell 0.46 percent and was the top drag on the S&P and the Nasdaq.

(Reporting by Yashaswini Swamynathan in Bengaluru; Editing by Savio D`Souza)