Vistara, took delivery of its first wide-body aircraft, the Boeing 787-9 Dreamliner, marking a significant milestone for India`s only five-star airline. 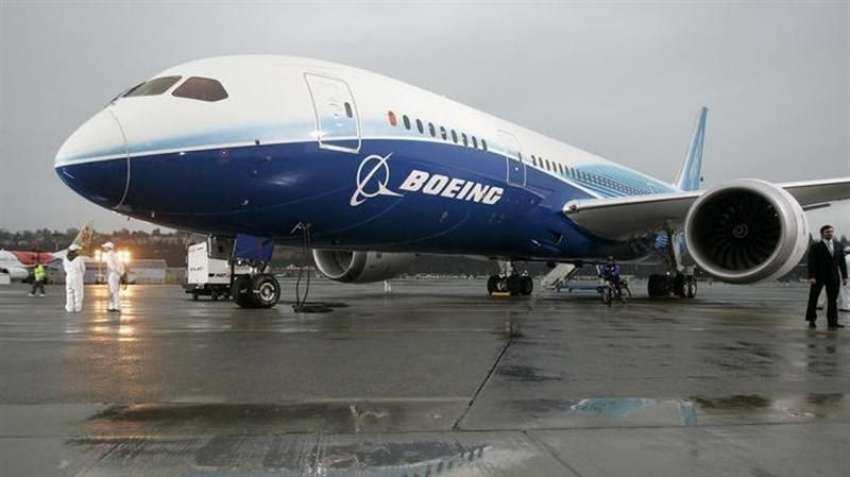 Vistara`s first Boeing 787-9 aircraft will fly customers within India for a limited period of time from March 2020 before being deployed on long-haul international operations. Photo:Reuters
Written By: IANS

Vistara, India`s only full-service carrier after Air India on Friday took delivery of its first wide-body aircraft, the Boeing 787-9 Dreamliner, marking a significant milestone for India`s only five-star airline.

Commenting on this milestone occasion, Vistara`s Chief Executive Officer Leslie Thng said, "This aircraft delivery marks a new phase of growth for Vistara and unlocks our potential to become one of world`s best airlines. The Boeing 787-9 Dreamliner is one of world`s most technologically advanced aircraft. We are delighted to add it to our growing fleet with a brand new wide-body product designed to global standards, hence offering the anew feeling of flying` to our customers across the world."

"Vistara has shown their commitment to bringing a full-service luxury flying experience to the growing Indian market and we are honoured they chose the 787 Dreamliner to inaugurate their widebody operations and drive their global growth. Vistara`s faith and confidence in the Dreamliner speaks to the airplane`s unparalleled fuel efficiency, range flexibility and ability to create new city pairs, allowing the airline to connect India domestically, regionally and beyond, said Mr. Ihssane Mounir, Senior Vice President of Commercial Sales and Marketing of The Boeing Company.

The new aircraft is the first of six that Vistara purchased from Boeing. The second Vistara Dreamliner is currently on the production line and will be delivered soon.

"We will use the Boeing 787 Dreamliners to soon begin flying long-haul routes, providing authentic Indian hospitality to customers in a modern, global setting", added Thng.

It also come with a host of other features in all three cabins, thoughtfully put together to reflect Vistara`s focus on delivering an unparalleled flying experience. These include in-seat TVs in all three cabins with High Definition (HD) Display offering a cutting-edge In-flight Entertainment system powered by Panasonic as well as in-flight Wi-Fi internet connectivity onboard long-haul international flights, subject to necessary regulatory approvals. The latter, thus, makes Vistara India`s first airline to offer the service.

Vistara`s first Boeing 787-9 aircraft will fly customers within India for a limited period of time from March 2020 before being deployed on long-haul international operations.

Can you get coronavirus from packaged food? Here is the TRUTH