Ace Indian batsmen Virat Kohli and Rohit Sharma have maintained their top two spots in the latest ICC ODI rankings for batters while fast bowler Jasprit Bumrah has stuck to his third spot in the bowlers` list. 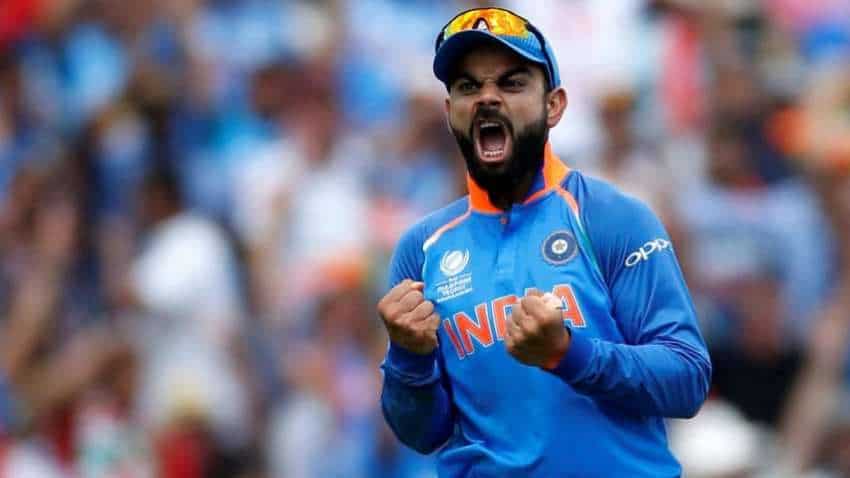 Ace Indian batsmen Virat Kohli and Rohit Sharma have maintained their top two spots in the latest ICC ODI rankings for batters while fast bowler Jasprit Bumrah has stuck to his third spot in the bowlers` list.

Virat Kohli scored two half-centuries in the three-match ODI series against Australia which India lost 1-2 last year in December. Rohit Sharma, who missed the ODI series against the Aaron Finch-led side owing to a hamstring injury, remains at number two, five points ahead of Pakistan`s Babar Azam.

In the list of all-rounders, Ravindra Jadeja have moved down by a spot and is currently at number eight.

In the ICC ODI rankings which got updated on Wednesday, Ireland all-rounder Paul Stirling and Bangladesh spinner Mehidy Hasan Miraz made notable after some fine performances in the ICC World Cup Super League.

Stirling has gained eight slots to reach 20th place after scoring 285 runs against Afghanistan which included centuries in the second and third matches. The valiant effort in the series in Abu Dhabi, that his team lost 3-0, has taken him to the top of the run aggregate in the championship with 441 runs in six matches.

Stirling also scored 135 runs in his side`s preceding series against the United Arab Emirates (UAE) which was not part of the Super League and which ended in a 1-1 draw.

Off-spinner Mehidy was the most successful bowler in the series against the West Indies which his side swept 3-0 and his effort reflects in the latest update to the ODI rankings. Mehidy has progressed nine spots to take fourth position after grabbing seven wickets including a haul of four for 25 in the second ODI that won him the player of the match award.

India`s next ODI series is against England which begins on March 23 in Pune.