The number of Americans filing for unemployment benefits dropped to a nine-month low last week, suggesting a tightening labor market would continue keep the longest economic expansion in history on track 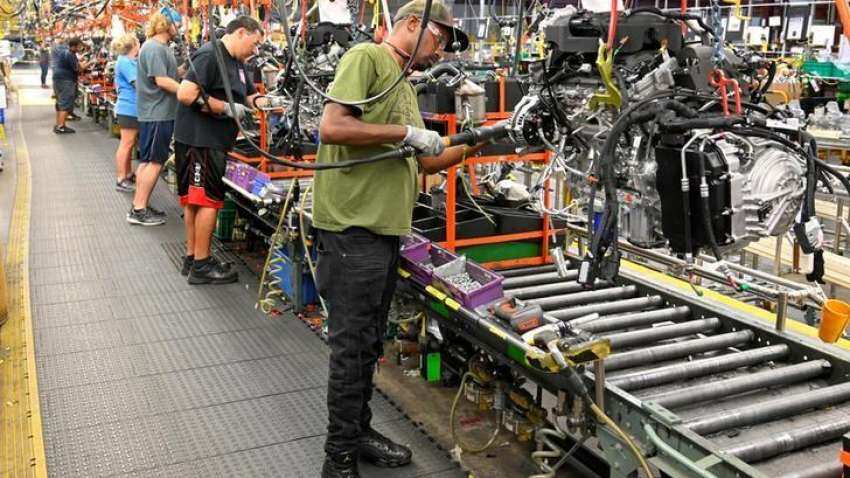 Gold rebounds as dollar dips ahead of US jobs data report

The number of Americans filing for unemployment benefits dropped to a nine-month low last week, suggesting a tightening labor market would continue keep the longest economic expansion in history on track. The economy is, however, likely to remain on a moderate growth path, with other data on Thursday showing worker productivity rebounding less than expected in the fourth quarter.

Sluggish productivity is one of the reasons the economy has struggled to achieve the Trump administration`s target of 3% annual growth. The economy grew 2.3% in 2019, the slowest in three years, after logging 2.9% in 2018.

The four-week moving average of initial claims, considered a better measure of labor market trends as it irons out week-to-week volatility, fell 3,000 to 211,750 last week, also the lowest level since last April.

The claims data has no bearing on January`s employment report, which is scheduled for release on Friday, as it falls outside the survey period. Claims were lower in January relative to December, suggesting a pick-up in job growth.

According to a Reuters survey of economists, nonfarm payrolls likely increased by 160,000 jobs in January after rising 145,000 in December.

Employment gains could, however, exceed expectations given unseasonably mild weather, which could have boosted hiring at construction sites and in the leisure and hospitality industry.

The ADP National Employment report on Wednesday showed private payrolls surged by 291,000 jobs in January, the most since May 2015, after increasing 199,000 in December. U.S. financial markets were little moved by the data.

WARNING SIGNS
Labor market strength is helping to underpin consumer spending, supporting the economy, now in its 11th year of expansion. In another report on Thursday, the Labor Department said nonfarm productivity, which measures hourly output per worker, increased at a 1.4% annualized rate last quarter.

Productivity increased at an average annual rate of 1.3% from 2007 to 2019, below its long-term rate of 2.1% from 1947 to 2019, indicating that the speed at which the economy can grow over a long period without igniting inflation has slowed. Economist estimate the economy`s growth potential at 1.8%.

Despite the low level of jobless claims, there are some warning signs flashing for the labor market. Job cuts announced by U.S.-based employers jumped 106% to an 11-month high of 67,735 in January, global outplacement firm Challenger, Gray & Christmas said in another report on Thursday.

The surge in layoffs was led by technology companies, with 13,869 planned job cuts. There were also redundancies in the retail sector last month, many because of bankruptcies and store closings. Manufacturers, which have been hurt by trade tensions and slowing global growth, continued to shed workers.

The Labor Department`s annual benchmark revisions to payrolls data to be published on Friday are expected to show some cooling in the jobs market.

The government last August estimated the economy created 501,000 fewer jobs in the 12 months through March 2019 than previously reported, the biggest downward revision in the level of employment in a decade. That suggests job growth over that period averaged around 170,000 per month instead of 210,000.

Economists say the size of the estimated revision suggests that payrolls data from April 2019 through March this year could also be revised lower.

But the pace of job gains is more than the 100,000 per month needed to keep up with growth in the working age population. The unemployment rate is forecast unchanged at 3.5% in January.

Gold rebounds as dollar dips ahead of US jobs data report