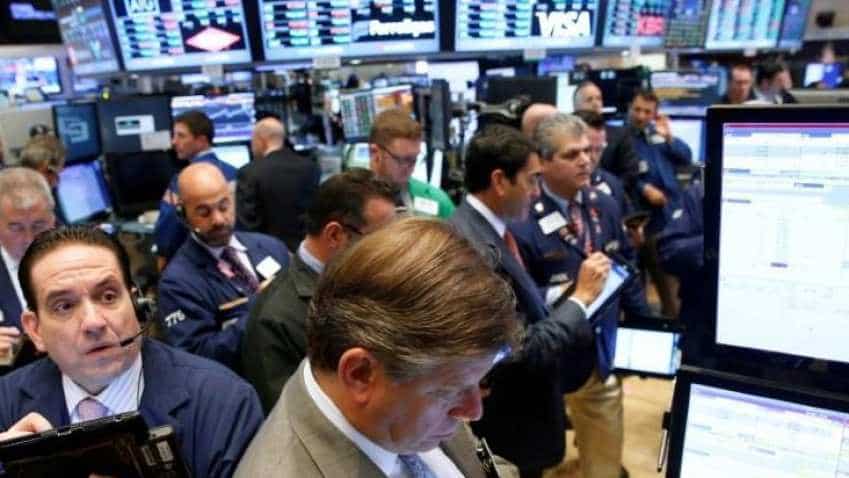 More than half of the 30 blue-chip stocks in the Dow traded higher around market close, with shares of widely-watched trade bellwethers Caterpillar and Boeing up 1.54 per cent and 1.10 per cent respectively, among the best performers. Seven of the 11 primary S&P 500 sectors traded lower around the closing bell, with the real estate sector down 1.27 per cent, leading the winners.

Shares of Apple fell 1.94 per cent, after Goldman Sachs slashed its price target for Apple`s stock to 165 dollars per share from 187 dollars apiece. The bank also forecast 26 per cent downside to the shares due to the company`s accounting method that would have a "material negative impact" on earnings.

On the economic front, consumer sentiment rebounded mildly in September to a reading of 92 from the sharp August decline, the University of Michigan said in its survey on Friday. However, the reading still marked the third lowest level since US President Donald Trump`s election.

"Concerns about the impact of tariffs on the domestic economy also rose in early September, with 38 per cent of all consumers making spontaneous references to the negative impact of tariffs, the highest percentage since March 2018," said Richard Curtin, a Surveys of Consumers chief economist, in the survey.

US retail and food services sales for August rose 0.4 per cent month over month to hit $526.1 billion and was 4.1 per cent above the August 2018 level, the US Census Bureau said Friday. The gains were mainly boosted by higher spending on motor vehicles and parts, as well as building materials.