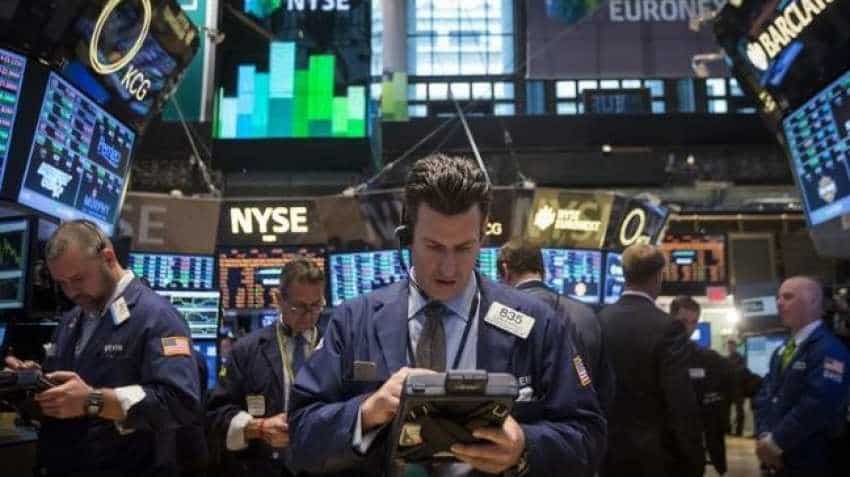 Wall Street lost ground on Monday, dragged down by financials as underwhelming bank earnings curbed investor enthusiasm. But while all three major U.S. stock indexes edged lower, the S&P 500 remained within a percent of its record high. Following a January-March rally that marked the U.S. stock market`s best quarterly performance in nearly a decade, stocks had been in a holding pattern in April ahead of first quarter reporting season.

Goldman Sachs dipped 3.8% after the investment bank`s first quarter revenue came in below analyst expectations. Citigroup Inc posted higher-than-expected earnings as cost-cutting offset falling revenues. Its shares ended the session nominally lower, dropping 0.1%. "We`re coming off of a strong week last week," said Joseph Sroka, chief investment officer at NovaPoint in Atlanta. "So any bad news or earnings reports this week, such as we saw with Goldman and Citigroup, is going to take away some of that momentum."

With first quarter reporting season shifting into high gear, analysts now see S&P 500 companies posting a 2.1% year-on-year decline in profits. While an improvement over recent estimates, it would still mark the first annual decline in earnings since 2016. "We`ll get a clearer sense as we move through the week," Sroka added. "As we move into other sectors we`ll get a clearer picture of corporate earnings and the economy."

Sources said U.S. negotiators have softened their demands that China curb industrial subsidies as a condition for a trade deal, marking a retreat from a core U.S. objective. "It`s a net positive," Stovall said. "The president wants to get some sort of deal signed so he can move on."

Waste Management Inc rose 2.4% following its announcement that it would buy smaller rival Advanced Disposal Services Inc for about $3 billion. Boeing Co slid 1.1% after U.S. President Donald Trump tweeted that the planemaker should fix and "rebrand" its 737 MAX jet.
Lyft Inc extended its slide, falling 6.3%. The ride-hailing platform, which had its market debut in March, is now trading about 22% below its $72 offer price. Declining issues outnumbered advancing ones on the NYSE by a 1.21-to-1 ratio; on Nasdaq, a 1.57-to-1 ratio favoured decliners.
The S&P 500 posted 56 new 52-week highs and 1 new low; the Nasdaq Composite recorded 79 new highs and 46 new lows.
Volume on U.S. exchanges was 5.75 billion shares, compared to the 6.91 billion average over the last 20 trading days.