The US recognized India as a "Major Defence Partner" in 2016, a designation that allows India to buy more advanced and sensitive technologies from America at par with that of its closest allies and partners, and ensures enduring cooperation into the future. 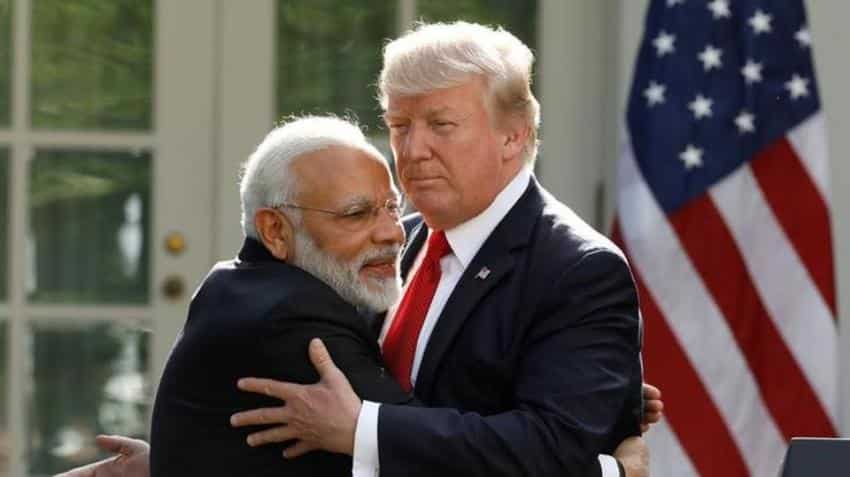 The bill "expresses the sense of the Senate that the US should strengthen and enhance its major defence partnership with India". Image source: Reuters
Written By: PTI

The US Senate today passed with an overwhelming majority a USD 716 billion defence bill which among other things seeks to strengthen ties with America's 'Major Defence Partner' India.

The US recognized India as a "Major Defence Partner" in 2016, a designation that allows India to buy more advanced and sensitive technologies from America at par with that of its closest allies and partners, and ensures enduring cooperation into the future.

The National Defence Authorisation Act (NDAA) 2019, passed by an overwhelming, bipartisan vote of 85-10, is named in the honour of Senate Armed Services Committee Chairman John McCain, who is battling cancer for the past several months.

"This legislation continues our reform agenda and helps better position the Department of Defence and the joint force to implement the National Defence Strategy by continuing to restore readiness, rebuild capacity and modernise capabilities," McCain said.

The House has already passed the bill. The two different versions of the bill now heads for a conference between the Senate and the House.

Once the joint committee agrees on an identical version, they would have to be voted by the House and the Senate again before being sent to the White House for US President Donald Trump's assent.

The Senate version of the bill authorises USD 5.2 billion for the Afghanistan Security Forces Fund, USD 350 million in Coalition Support Funds to reimburse certain nations for support provided to or in connection with US military operations and authorises USD 300 million to train and equip the vetted Syrian opposition to counter the ISIS terror group.

The bill "expresses the sense of the Senate that the US should strengthen and enhance its major defence partnership with India".

It also expresses the sense of the Senate that if Turkey purchases the S-400 air defence system from Russia, the President should impose sanctions against Turkey under the Countering America's Adversaries through Sanctions Act.

In what is being described could be a major clash between the Congress and the White House, the Senate as part of NDAA-2019, reinstated trade restrictions on ZTE.

"Importantly, this legislation would also ensure that neither ZTE nor Huawei will be eligible for government contracts in the future.

"To further prioritise our national security, I also supported the inclusion of a bipartisan CFIUS (Committee on Foreign Investment in the United States) bill similar to what we passed in the Banking Committee to ensure that foreign investments in the US do not pose a national security risk," Senator Mark Warner said.

The bill also allows a pilot programme for testing machine-based inspections in place of humans to determine the authenticity and security of microelectronic parts in weapons systems ? a necessary ability in an era of Chinese-made knockoffs and counterfeits.

"No country has been more aggressive than China in going after American technology in sectors like aviation, robotics, new energy vehicles, and others where the US has established ourselves as a global leader.

"Our bipartisan bill will give CFIUS and our export control agencies the tools they need to ensure that these types of investments don't slip through the cracks," said Senator Sherrod Brown.

The NDAA also calls out China for illegally creating and fortifying islands in the South China Sea for military purposes and modernises the Committee on Foreign Investment to address national security concerns and stop China from trying to steal sensitive technology from US companies.