US President Donald Trump declined to set a deadline on Wednesday for levying tariffs on another $325 billion of Chinese goods and called the relationship with Beijing good but "testy." 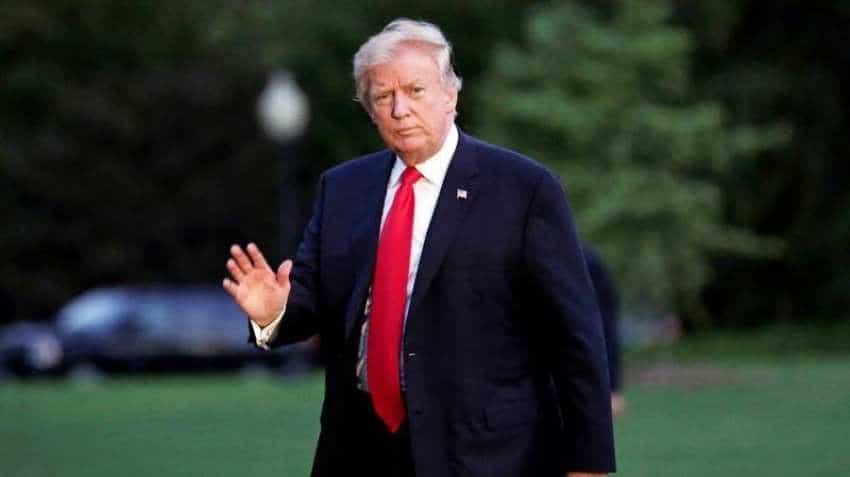 Washington has already imposed 25 percent tariffs on $250 billion of Chinese goods, ranging from semi-conductors to furniture, that are imported to the United States. Photo: Reuters

US President Donald Trump declined to set a deadline on Wednesday for levying tariffs on another $325 billion of Chinese goods and called the relationship with Beijing good but "testy" after China walked back commitments for a trade deal. The president, who said he still plans to meet with Chinese President Xi Jinping later this month, has repeatedly threatened to escalate an already months-long trade war by putting tariffs on nearly all of the remaining Chinese imports that are not already affected by U.S. levies, which include products such as cell phones, computers and clothing.

Asked if he had a deadline for China to make progress towards a deal before facing the further penalty, Trump said no.

"I have no deadline," he told a news conference, gesturing to his head. "My deadline is what`s up here. We`ll figure out the deadline. Nobody can quite figure it out."

Trump has said previously that he would decide after the G20 meeting in Japan at the end of June whether to carry out his threat.

Washington has already imposed 25 percent tariffs on $250 billion of Chinese goods, ranging from semi-conductors to furniture, that are imported to the United States.

Trump reiterated his belief manufacturers were pulling out of China under pressure from the tariffs that the United States has already imposed, in a boon to U.S. manufacturing.

"I think that we`ll end up making a deal with China. We have a very good relationship, although it`s a little bit testy right now, as you would expect. I think they really have to make a deal."

Though Trump has said he plans to meet with Xi at the G20 summit in Japan, Beijing has not confirmed any planned talks.

Trade talks between the world`s two largest economies fell apart in May. Trump administration officials said China had watered down commitments it made on issues such as stopping intellectual property theft.

"We thought we had a deal, and unfortunately they decided that they were going to change the deal, and they can`t do that with me. But something`s going to happen and I think it`s going to be something very positive," Trump said.

The United States wants China to change its trade practices by not requiring U.S. companies to share their technology in order to do business there, curbing subsidies for Chinese state-owned enterprises and increasing access to Chinese markets.