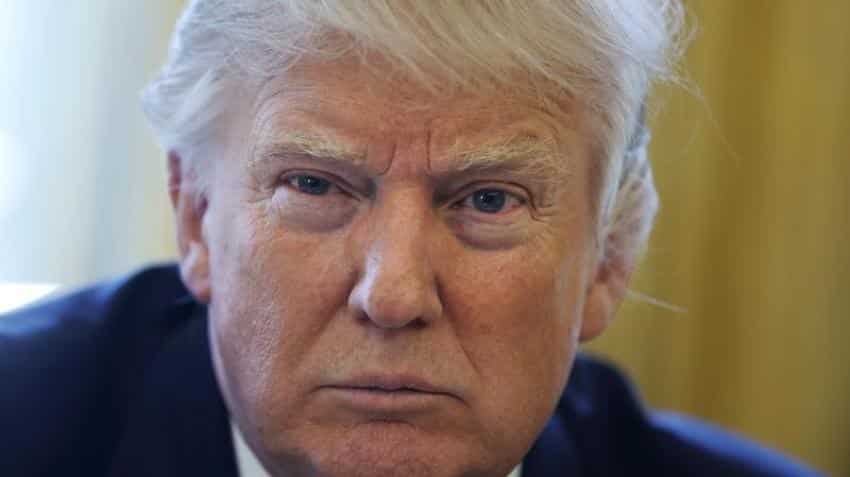 US President Donald Trump sits for an Reuters interview in the Oval Office at the White House in Washington. Image Source: Reuters
Written By: Reuters
RELATED NEWS

In an exclusive interview with Reuters, Trump said he has not "held back" in his assessment that China manipulates its yuan currency, despite not acting on a campaign promise to declare it a currency manipulator on his first day in office.

"Well they, I think they`re grand champions at manipulation of currency. So I haven`t held back," Trump said. "We`ll see what happens."

But Treasury Secretary Stephen Mnuchin told CNBC on Thursday he was not ready to pass judgement on China`s currency practices.

Asked if the US Treasury was planning to name China a currency manipulator any time soon, Mnuchin said he would follow its normal process of analysing the currency practices of major US trading partners.

The Treasury is required to publish a report on these practices on April 15 and October 15 each year.

"We have a process within Treasury where we go through and look at currency manipulation across the board. We`ll go through that process. We`ll do that as we have in the past," Mnuchin said in his first televised interview since formally taking over the department last week. "We`re not making any judgements until we go continue that process."

A formal declaration that China or any other country manipulates its currency requires the US Treasury to seek negotiations to resolve the situation, a process that could end in punitive tariffs on the offender`s goods.

The US Treasury designated Taiwan and South Korea as currency manipulators in 1988, the year that Congress enacted the currency review law. China was the last country to get the designation, in 1994.

The current situation is complicated because China`s central bank has spent billions of dollars in foreign exchange reserves in the past year to prop up the yuan to counter capital outflows.

The International Monetary Fund (IMF) said last year that the yuan`s value was broadly in line with its economic fundamentals. The US Treasury also said in its last currency report in October that its view of China`s external imbalances had improved somewhat.

Trump`s pronouncements about the yuan could also complicate matters for Mnuchin as he prepares for his first meeting next month with his Group of 20 finance minister counterparts in Baden Baden, Germany.