The Biden administration is moving to toughen testing requirements for international travellers to the U.S., including both vaccinated and unvaccinated people, amid the spread of the new omicron variant of the coronavirus. 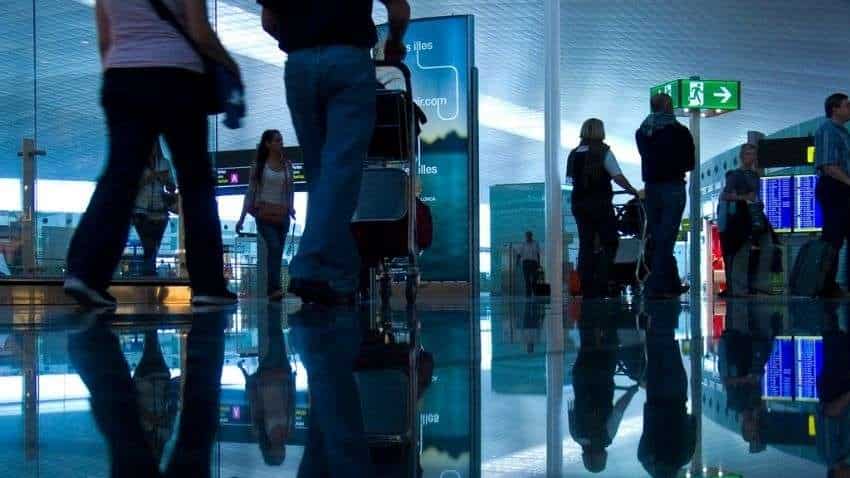 The Biden administration is moving to toughen testing requirements for international travellers to the U.S., including both vaccinated and unvaccinated people, amid the spread of the new omicron variant of the coronavirus.

The Centers for Disease Control and Prevention said in a Tuesday statement that it was working toward requiring that all air travellers to the U.S. Be tested for COVID-19 within a day before boarding their flight. Currently those who are fully vaccinated may present a test taken within three days of boarding.

'CDC is working to modify the current Global Testing Order for travel as we learn more about the Omicron variant; a revised order would shorten the timeline for required testing for all international air travellers to one day before departure to the United States,' the agency said.

The precise testing protocols were still being finalised ahead of a speech by President Joe Biden planned for Thursday on the nation's plans to control the COVID-19 pandemic during the winter season, according to a senior administration official who said some details could still change.

'CDC is evaluating how to make international travel as safe as possible, including pre-departure testing closer to the time of flight and considerations around additional post-arrival testing and self-quarantines,' CDC Director Dr. Rochelle Walensky said earlier Tuesday.

The official, who spoke on the condition of anonymity to discuss the administration's plans before the announcement, said options under consideration also include post-arrival testing requirements or or even self-quarantines.

CDC currently recommends post-arrival testing 3-5 days after landing in the U.S. From overseas and self-quarantine for unvaccinated travellers, though compliance is voluntary and is believed to be low.

The move comes just weeks after the U.S. Largely reopened its borders to fully vaccinated foreign travellers on November 8 and instituted a two-tiered testing system that allowed fully vaccinated travellers more time to seek a pre-arrival test, while requiring a test within a day of boarding for the unvaccinated.

Much remains unknown about the new variant, which has been identified in more than 20 countries but not yet in the U.S., including whether it is more contagious, whether it makes people more seriously ill, and whether it can thwart the vaccine. Dr. Anthony Fauci, the top U.S. Infectious disease expert, said more would be known about the omicron strain in two to four weeks as scientists grow and test lab samples of the virus.

As he sought to quell public concern about the new variant, Biden said that in his Thursday remarks, 'I'll be putting forward a detailed strategy outlining how we're going to fight COVID this winter -- not with shutdowns or lockdowns but with more widespread vaccinations, boosters, testing, and more.'

Asked by reporters if he would consult with allies about any changes in travel rules, given that former President Donald Trump had caught world leaders by surprise, Biden said, 'Unlike Trump I don't shock our allies.'