"We have been very clear with the Indians (about) continuing restrictions on activities with respect to Iran," Nisha Desai Biswal, Assistant Secretary of State for South and Central Asian Affairs, said on Tuesday. 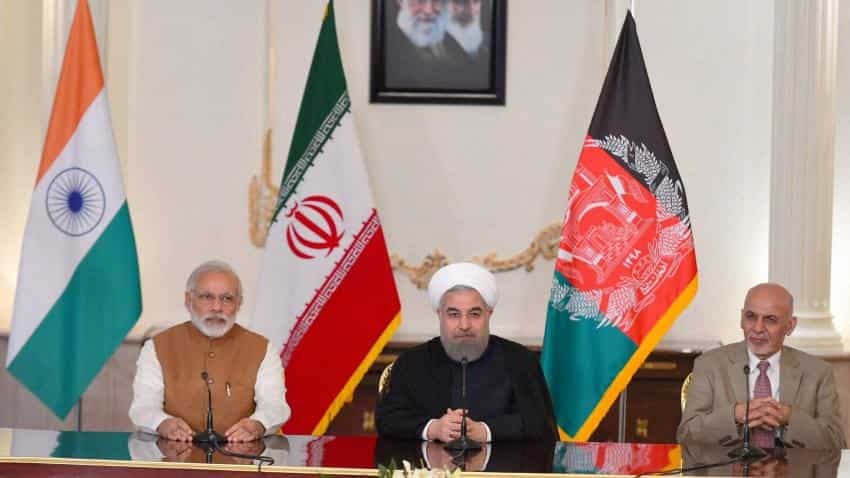 U.S. senators questioned on Tuesday whether India`s development of a port in southern Iran for trade access risked violating international sanctions, and a State Department official assured them the administration would closely examine the project.

"We have been very clear with the Indians (about) continuing restrictions on activities with respect to Iran," Nisha Desai Biswal, Assistant Secretary of State for South and Central Asian Affairs, said on Tuesday.

"We have to examine the details of the Chabahar announcement to see where it falls in that place," she testified to the Senate Foreign Relations Committee.

Indian Prime Minister Narendra Modi on Monday pledged up to $500 million to develop the Iranian port of Chabahar, to try to give his country trade access to Iran, Afghanistan and Central Asia. The route is currently all but blocked by Pakistan, long at odds politically with India.

The United States and Europe lifted sanctions in January under a deal with Iran to limit its nuclear program but some restrictions to trade remain, tied to issues such as human rights and terrorism.

Biswal said she believed India`s relationship with Iran was primarily focused on economic and energy issues, and said the administration recognized India`s need for a trade route.

"From the Indian perspective, Iran represents for India a gateway into Afghanistan and Central Asia," she said. "It needs access that it doesn`t have."

Biswal said she had not seen any sign of Indian engagement with Iran in areas, such as military cooperation, that might be of concern to the United States.

Modi is due to visit the United States next month and will address a joint meeting of Congress, a rare honor.

She noted that India and the United States have already strengthened their security cooperation in several areas. "We`re looking at what additional areas we can engage in to deepen that cooperation," Biswal said.

Washington sees its relationship with India as critical, partly to counterbalance China`s rising power. President Barack Obama has called it "one of the defining partnerships of the 21st century."