The first shutdown, that began on December 22 and ended on January 25, was the longest administrative closure in US history. 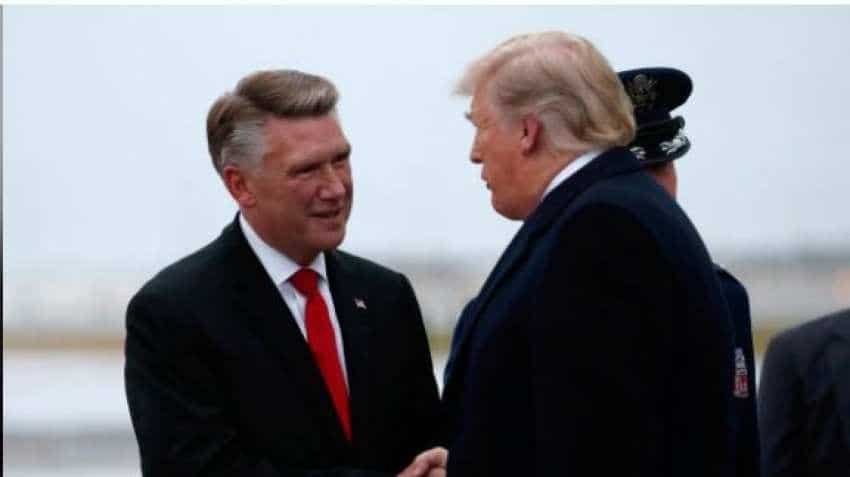 There will be no funding for new border patrol agents, however. Reuters

US lawmakers have introduced a bipartisan spending and security bill to prevent a second government shutdown days before the Friday midnight deadline.

Representative Nita Lowey (Democrat, New York), Chairwoman of the House Appropriations Committee, filed the 1,159-page bill on late Wednesday night that will keep money in federal coffers until the end of the fiscal year on September 30, the Washington Post reported.

The bill included $1.375 billion for physical barriers along the US-Mexico border, about one-fifth of the amount President Donald Trump asked for. Democrats repeatedly said they won't allocate him that money.

The first shutdown, that began on December 22 and ended on January 25, was the longest administrative closure in US history.

"We cannot repeat the disastrous government shutdown, so it is incumbent on Congress to come together to responsibly fund our government. This legislation represents a bipartisan compromise and will keep our government open while funding key priorities," Lowey said.

The bill, if approved by the Senate, which was expected to vote on it on early Thursday, and then if agreed to by the House and, finally, if signed by Trump, would prevent a second shutdown from occurring.

Trump has not said explicitly that he will sign the bill, though Republican lawmakers said they were optimistic he'll back it. "My impression is he's likely to sign it," said Senator John Cornyn.

Senator Richard Shelby, Chairman of the Appropriations Committee, said he spoke to Trump recently, characterising the President as being in "good spirits".

The funding agreement came even as lawmakers and staffers were still haggling about a handful of outstanding issues, including the type of physical barriers that could be used along the border and some of the locations.

A Congressional Democratic aide said the funding bill would only allow the administration to use "existing technologies" for fencing and barriers.

The $1.375 billion has been allocated for the construction of approximately 55 miles of a physical barrier along the southern border in the Rio Grande Valley of Texas, according to a summary of the Consolidated Appropriations Act.

Homeland Security will receive $49.4 billion in discretionary funding, $2 billion more than Trump asked for and, along with the 55-mile barrier, included $100 million for "new border security technology", $113 million for "additional air and marine assets" and $77 million for "opioid equipment and staffing for use at international mail and express consignment facilities", the summary said.

There will be no funding for new border patrol agents, however.

Representative Lowey also said that under the bill, the Department of Homeland Security was also directed to ensure that migrant families were "reunited and transferred together" before they were removed from US Customs and Border Patrol or transferred to Immigration and Customs Enforcement.