US inventories fell less than expected as U.S. refineries last week consumed less crude than the week before and processed 2% less oil than a year ago, the EIA data showed, despite being in the midst of the summer gasoline demand season. 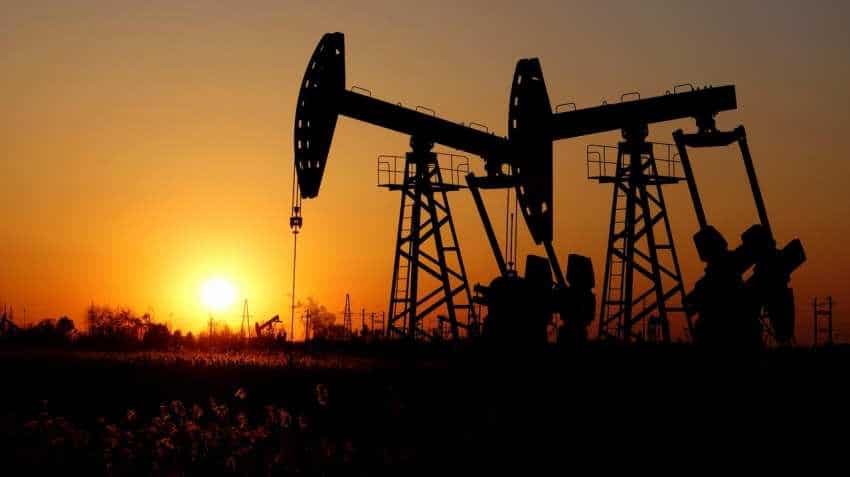 Oil prices fell on Thursday, weighed down by data showing a smaller-than-expected draw on US crude stockpiles along with worries about the global economy. Front-month Brent crude futures, the international benchmark for oil prices, were down 2 cents or 0.03% at $63.80 per barrel by 1055 GMT. Brent closed up 2.3% on Wednesday. U.S. West Texas Intermediate (WTI) crude futures were down 23 cents or 0.40% at $57.11 per barrel. WTI closed up 1.9% on Wednesday.

Markets appeared largely unmoved by the detention in Gibraltar by British Royal Marines of a supertanker possibly carrying Iranian crude oil bound for Syria, as tensions between Iran and the United States have flared over mysterious attacks on tankers in the Gulf of Oman in recent months.

"Gains were capped by the Energy Information Administration (EIA) reporting a weekly decline of 1.1 million barrels in crude stocks, versus the 3 million barrels forecast by analysts and 5 million barrels reported by the API a day earlier," Cantor Fitzgerald Europe said.

"Also providing headwinds were signs of a recovery in oil exports from Venezuela in June and growth in Argentinian output in May," it added.

US inventories fell less than expected as U.S. refineries last week consumed less crude than the week before and processed 2% less oil than a year ago, the EIA data showed, despite being in the midst of the summer gasoline demand season.

That suggests oil demand in the United States, the world`s biggest crude consumer, could be slowing amid signs of a weakening economy. New orders for U.S. factory goods fell for a second straight month in May, government data showed on Wednesday, adding to the economic concerns.

The weak U.S. data followed a report of slow business growth in Europe last month as well. "Tossing aside the short-term nature of fluctuations around the inventory data, it`s impossible to escape the economic reality that we are in the midst of a global manufacturing downturn," said Stephen Innes, managing partner, Vanguard Markets.

Some analysts, however, believe the global economy remains robust and that demand is likely to be strong.
"The Shanghai Composite Index is around the same level as when Donald Trump occupied the White House. It is also worth remembering that global GDP growth, albeit revised down lately by the IMF, is still expected to be a healthy 3.3% this year and 3.6% in 2020. Fears of recession? What recession?" wrote PVM`s Tamas Varga.

Uncertainty over demand, however, was offset slightly by the outlook for global supply.

Output will stay limited as the Organization of the Petroleum Exporting Countries and other producers such as Russia, a group known as OPEC+, agreed on Tuesday to extend oil production cuts until March 2020.