The latest data came after initial jobless claims in previous week dropped to the lowest level since March 14, 2020, when it was 256,000, according to the report. 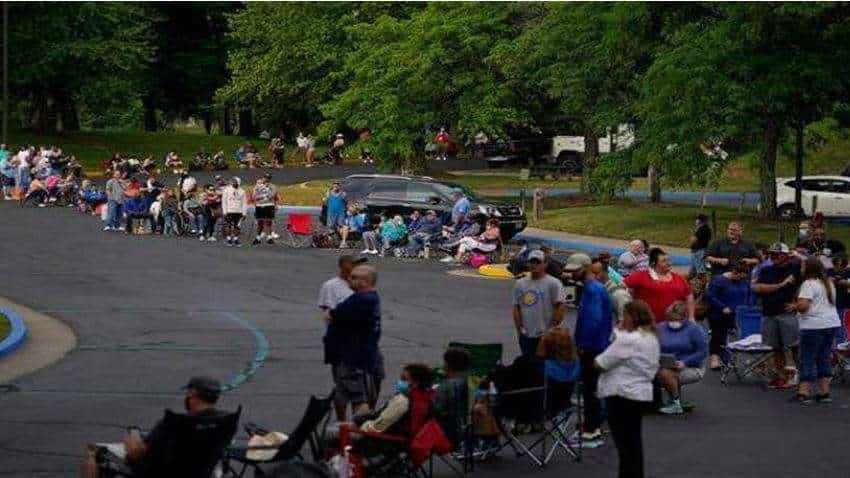 That number peaked in April and May last year, when it was over 20 million. Source: Reuters
Written By: IANS

Initial unemployment claims in the US increased to 419,000 last week, indicating a bumpy recovery amid the recent Covid-19 resurgence, the Labour Department reported.

In the week ending July 17, the number of Americans filing for unemployment benefits increased by 51,000 from the previous week's upwardly revised level of 368,000, according to a report released on Thursday by the Department's Bureau of Labor Statistics.

The latest data came after initial jobless claims in previous week dropped to the lowest level since March 14, 2020, when it was 256,000, according to the report.

The four-week moving average, a method to iron out data volatility, edged up by 750 to 385,250, Xinhua news agency reported.

The weekly jobless claims report was released as Covid-19 cases, hospitalisations and deaths went up drastically in recent weeks, with the highly contagious Delta variant spreading across the US.

The latest report also showed that the number of people continuing to collect regular state unemployment benefits in the week ending July 10 decreased by 29,000 to 3.2 million.

That number peaked in April and May last year, when it was over 20 million.

Meanwhile, the total number of people claiming benefits in all programs, state and federal combined, for the week ending July 3 also decreased by 1.26 million to 12.57 million, as the country continues to grapple with the fallout of the pandemic.

The noticeable decline came weeks after over 20 states, nearly all of which are Republican-led, announced plans to end the $300 weekly federal unemployment benefits in June or July, ahead of their expiration date of September 6.

These states argued that federal supplement to unemployment benefits discouraged workers from returning to work and led to labour shortage.