US H1B visa status: The Department of Homeland Security (DHS) in a court submission this week said that it would not take a decision on terminating the work authorisation of H4 visa users, spouses of US H-1B visa holders, till June as it needs time to review the economic impact of such a decision 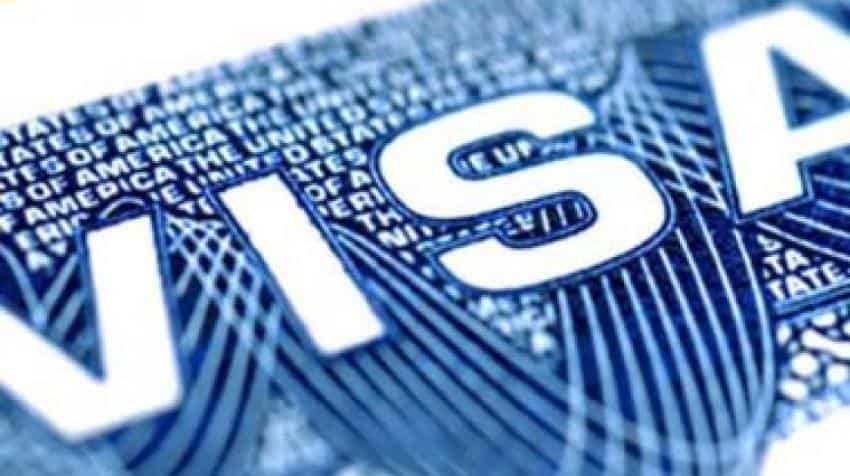 US H1B visa status: The extension of decision-making process by four months comes as a temporary relief to the spouses of US H1B visas holders, a significantly large number of whom are Indian workers. Image source: Reuters
Written By: PTI

US H1B visa status: Indian workers have been living in fear for quite some time over threatened action that may hit them really hard and affect their careers, salaries and even subject their very lives to unwelcome changes. However, some relief has come as the Trump administration has delayed its decision on termination of work authorisation for spouses of the US H1B visa holders, in a big relief to a significantly large number of Indian workers and their families.

The Department of Homeland Security (DHS) in a court submission this week said that it would not take a decision on terminating the work authorisation of H4 visa users, spouses of US H-1B visa holders, till June as it needs time to review the economic impact of such a decision.
Since 2015, the spouses of US H1B, or high-skilled, visa holders waiting for green cards have been eligible to work in the US on H-4 dependent visas, under a rule introduced by the previous Obama administration.
The DHS was previously scheduled to take a call on it by February 28.

"Consistent with the Government's prior representations, DHS was working to issue an NPRM (Notice of Proposed Rule Making) in February 2018.
"However, in January 2018, United States Citizenship and Immigration Services (USCIS), the component of DHS responsible for oversight of the H-4 visa programme at issue in this litigation, reevaluated the rule and determined that significant revisions to the draft proposal were necessary,? DHS said in its fresh court submission.

It said the revisions required a new economic analysis which required an additional several weeks to perform.

"The changes to the rule and the revised economic analysis require revisions to the projected time-line for the NPRMs publication, and therefore cannot be issued in February,? it said.

"Under the revised time-line, DHS anticipates submitting to the Office of Management and Budget for review and clearance the proposed rule in time for publication in June 2018," it said.

The extension of decision-making process by four months comes as a temporary relief to the spouses of US H1B visas holders, a significantly large number of whom are Indian workers.
The H-1B programme attracts foreign specialised workers to come to the United States for employment, many of them from India and China.

"We are very hopeful. We want to believe that DHS is re-looking at this because of our efforts,? Jansi Kumar, co-founder of the group Save H-4 EADs, told India-West, a local ethnic Indian newspaper from California.
"They have been very supportive as we tell them about our situation," said Kumar, noting that "members from both sides of the aisle have responded favourably to the organisation's concerns".

Such a court submission by DHS comes as part of an ongoing petition by 'Save Jobs USA', an organisation of IT workers who claim they lost their jobs to H-1B workers.
The organisation has filed a lawsuit against the decision of the previous Obama Administration to give work authorisation to the spouses of H-1B visa workers whose Green card applications have been approved.

An online petition has been launched urging the Congress not to cancel work authorisation of H-4 visas.
"Please do not cancel H4 EAD. Those who are applying for H4 EAD are contributing to American society instead of creating burdens," the online petition says.

"We are talented, highly skilled and experienced individuals. Why should we suffer because we are citizens-in-waiting for 8-15 years? You have agreed to make us citizens, treat us like one.

"Let us work till the broken immigration system is reformed. We are not a burden on social security or medicare. In fact, we contribute to the US growth. Why should we be discriminated against when you have accepted us for citizenship?" the petition reads.